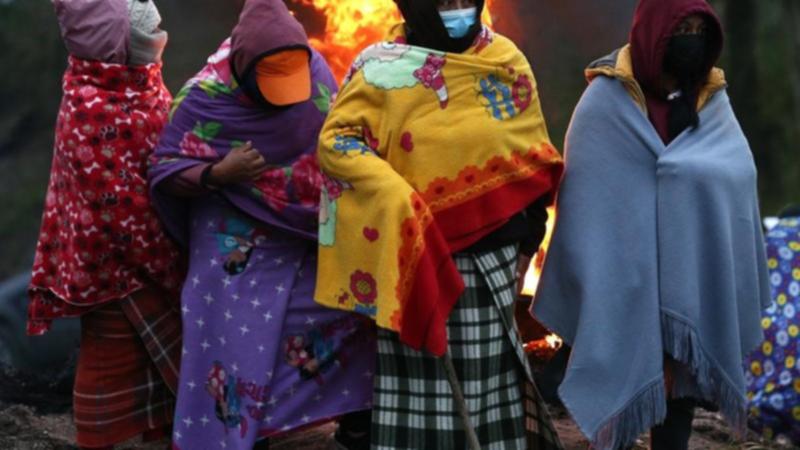 Ecuadorian police have detained the leader of the country’s largest indigenous organization after he led a roadblock and other allegedly violent actions in protest of the government’s economic policies.

Leanid Iza’s lawyer called the detention illegal and said it was unclear what crime he was accused of.

Indigenous groups on Monday launched what they said would be a continuous protest demanding President Guillermo Lasso freeze gasoline prices, declare a moratorium on bank debts to small farmers and limit oil expansion and production in the country.

On Monday night, protesters burned a patrol car and attacked police, extinguished a pressure pump at an oil field and damaged infrastructure at some flower farms, the government said.

“He was intercepted and detained forcibly, without communication for five hours, we did not know where he was, and we still do not know what crime he is accused of,” Iza’s lawyer Lenin Sarsoza told reporters in China on Tuesday.

Four people allegedly involved in the crimes and one person who was an intellectual author were awaiting hearings, Interior Minister Patricia Carrillo wrote on Twitter.

“Protest is a right we stand for as a government, but not chaos and even more so violence,” the minister said.

Indigenous people blocked roads around China with mud, trees and burning tires on Monday, and reported a closure in the Amazon, where large oil and mining infrastructure is located.

Several roads remained closed on Tuesday as other indigenous leaders called for more protests until Iza is released.