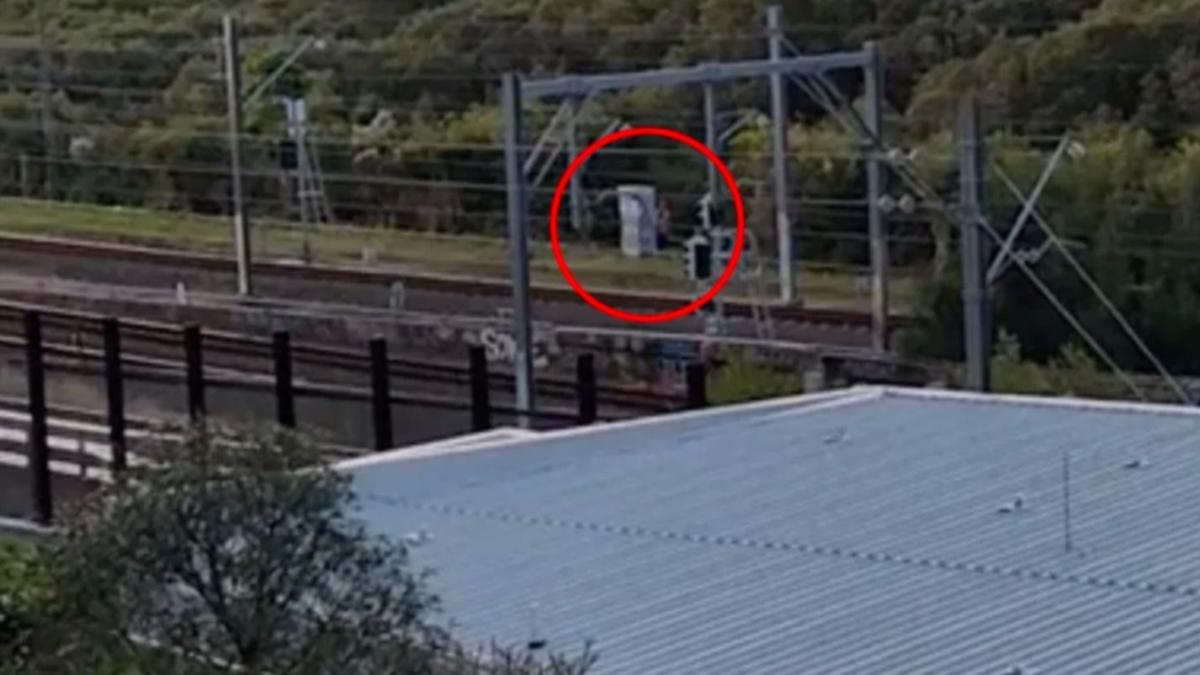 An eagle-eyed Sydney resident caught a glimpse of the shocking sight on a nearby railway line.

The man was caught on camera walking near railroad tracks shirtless and wearing knee-length pants.

The resident quickly grabbed their phone to film the oddity from the balcony of his Wolli Creek apartment in Sydney’s south, zooming in as the man hid behind an electrical box.

“Look at this guy,” a man is heard commenting off camera.

He pans the camera to the right to show the proximity of the Wolli Creek railway station where commuters arrive home from work.

“I literally just settled down at home after work,” the man said.

“Drank a beer and went to my balcony to vape, and out of the corner of my eye I see an old friend rushing for an electrical box.

“After a couple of minutes he came out ready for action lol. Yelled “ouch” a few times and he almost fell into the tree line.”

The resident said he shouted at the man and “flashed a torch”, causing the naked man to “run into the bush”.

He said he reported the incident to the police.

In NSW, indecent exposure is punishable by a $1,100 fine and up to 6 months in prison.

Reddit users took to the comments section to add their own commentary on the lewd act.

“Does he satisfy himself with… trains?” one user wrote.