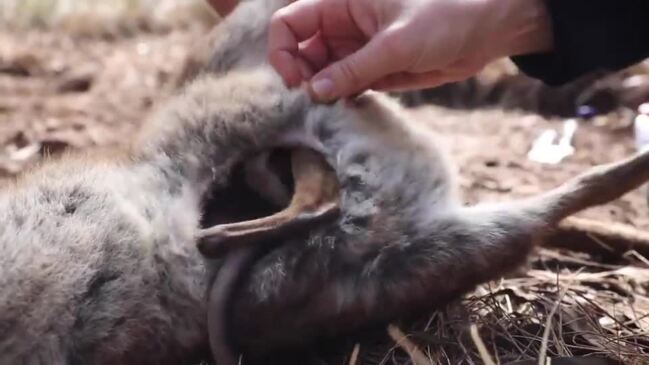 Thirty rare wallabies have been given permission to be released into a conservation reserve in New South Wales, a local conservation group said. Footage released by Aussie Ark on October 18 shows a Parma wallaby undergoing a health check and being released into Barrington Wildlife Sanctuary. The Parma wallabies, whose conservation status is “vulnerable” according to the NSW government, were part of the Aussie Ark breeding program established in 2017, the group said. “We have been working on producing Parma wallabies of this size since 2017 when our first wallabies arrived! I can’t wait to watch them jump into the wilderness free of introduced threats! ” said Tyler Gralton, Head of Aussie Ark. Credit: Aussie Ark via Storyful