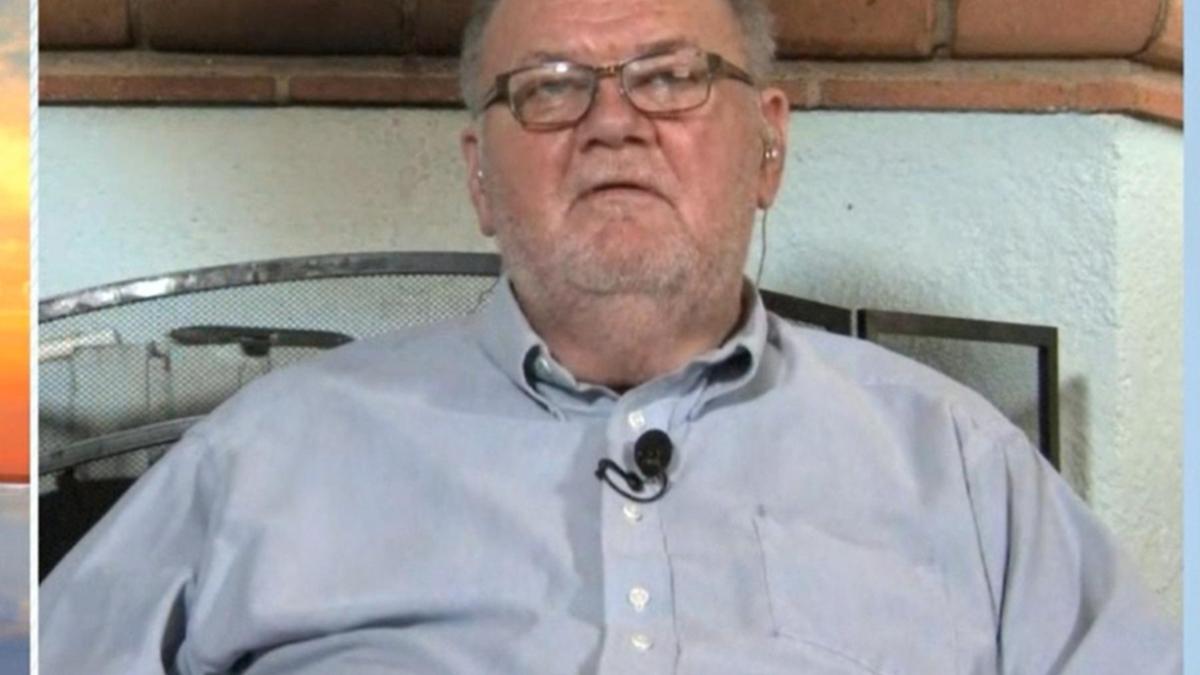 US paparazzi are suing Channel 7 over an interview with Meghan Markle’s father in which he claimed the photographer conspired to set him up and crash the royal wedding.

Jeff Rayner, co-owner of photography agency Coleman-Rayner, is suing Seven in the Federal Court for defamation over an interview broadcast on the breakfast show last September in which Thomas Markle Sr made a number of allegations against him, including number that he was associated with disgraced film producer Harvey Weinstein.

Mr Rayner was at the center of the scandal which saw Thomas Markle Sr not attend his daughter’s wedding to Prince Harry in 2018.

The day before, Mr Reiner took staged photos of Mr Markle, which led to the breakdown of his relationship with his daughter.

In a transcript of the interview given to the court, Mr Markle said: “I was set up by a guy called Jeff Reiner … And it was all a plan to ruin the wedding and I was just a part of it. »

According to a statement of claim filed by Mr Rayner’s lawyers, Mr Markle added: “I regret it to this day because it was a complete sham.”

According to court documents, Mr. Markle said during the interview that he intended to sue Mr. Rayner.

“If I don’t succeed in suing him, I hope to see him with (Harvey) Weinstein someday because he also filmed young women for Weinstein to make them look bad so they can’t sue him for rape “, he said.

In his statement of claim, Mr Rayner says he falsely portrayed him as “dishonest” in the interview and “tricked Mr Markle (by tricking his daughter Samantha) into taking part in the photographs as part of a plan to disrupt the royal wedding”.

Mr Rayner, whose mother and extended family live in Australia, said he had suffered pain, suffering and embarrassment as a result of the interview, which damaged his personal and professional reputation.

Mr Rayner is also seeking aggravated damages, claiming Seven should have known there was a possibility Mr Markle would make defamatory comments and that they failed to record the interview.

The next day, Sunrise hosts Natalie Barr and David Koch apologized on air.

However, Mr Rayner called it inappropriate and had a “sarcastic” and “light-hearted” tone.

An apology was also shared on the network’s news site.

“Seven had no intention of broadcasting such allegations and has subsequently removed them from all versions of the programme,” the statement said.

“We would like to apologize to those gentlemen named by Mr Markle for airing these allegations.”

The seven have yet to enter a defense and a trial date has not yet been set for the case.