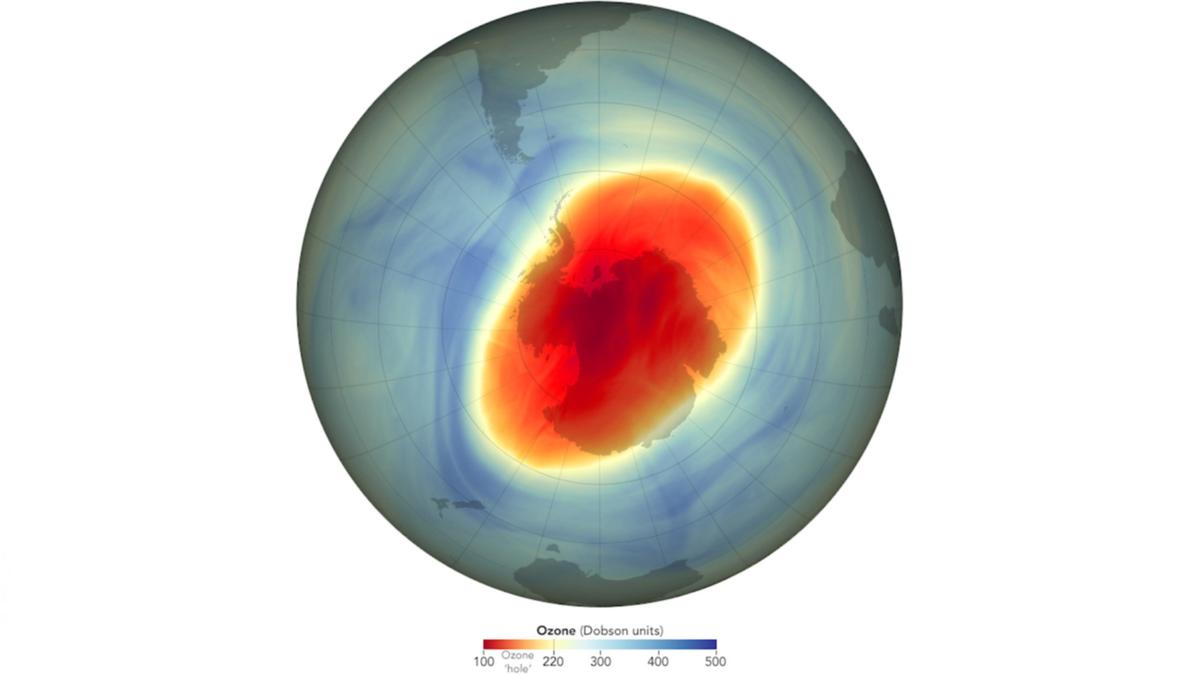 The hole in the ozone layer is shrinking, and promising evidence suggests that the planet may be on its way to environmental recovery.

Researchers from NASA and the National Oceanic and Atmospheric Administration conducted the measurements the ozone hole using instruments on board the Aura, Suomi NPP and NOAA-20 satellites.

According to NASA, data collected between September 7 and October 13 of this year showed that the hole located over the South Pole has a size of 23.2 million square kilometers.

At the same time, the ozone hole was 24.8 million square kilometers last year.

Paul Newman, chief scientist of the Earth Sciences Division at NASA’s Goddard Space Flight Center, said the numbers confirm that the hole has been shrinking in size.

“There’s been steady progress over time, and the hole is getting smaller,” Dr. Newman said.

“We’re seeing some fluctuations where changing weather and other factors cause the numbers to fluctuate a bit from day to day and week to week. But overall, we see that it has been declining over the last two decades.

The ozone layer is a part of the Earth’s stratosphere that protects the planet from the sun’s ultraviolet rays.

Every September, at the end of the Antarctic winter, the ozone layer thins over the South Pole, forming an ozone hole.

The size of this hole has been increased due to increased levels of chemically active forms of chlorine and bromine in the atmosphere, preventing the hole from self-healing.

The chemicals then attach to high-altitude polar clouds each southern winter, according to NASA, and initiate ozone-depleting reactions as the sun rises over Antarctica.

Scientists from NASA and NOAA take daily measurements of the ozone layer to keep abreast of the state of the stratosphere by posting data on NASA website.