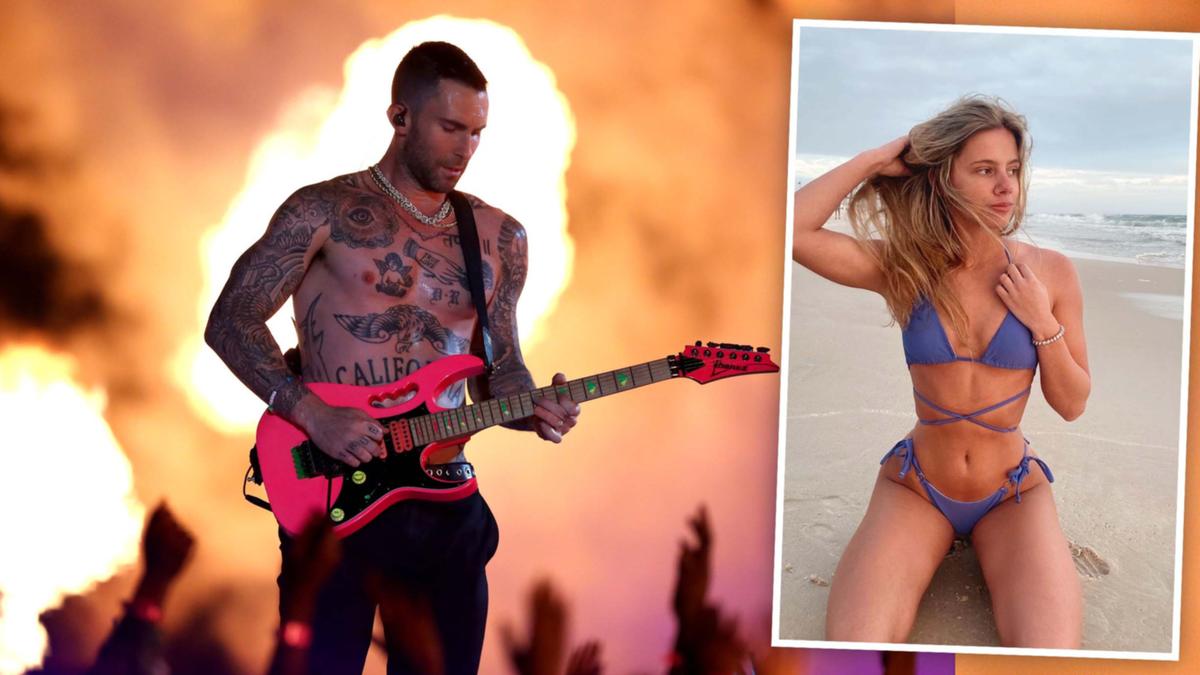 The 21-year-old college student is the latest woman to come forward with allegations that singer Adam Levine sent her unwanted flirtatious messages, bringing the number of public accusers to five.

In an interview with DailyMailthe young fitness model said Levine “mainly likes booty stories and will always respond with something to do with legs or a day at the gym.”

In a direct message in March, Levine reportedly told Russell, “Leg day. The most important thing that is most easily missed.’

Russell claims Levin allegedly told her he came across her account on his Explore Instagram page. According to the 21-year-old, it was surprising given Levin’s age and marital status.

Allegedly, the relationship between them came to an abrupt end after she told him that he would “get caught” texting the girls.

Russell, who was 20 at the time, said Levine never texted her again but continued to view her messages.

Gossip blogger Perez Hilton said the model is trying to get an exclusive interview on Instagram about her alleged affair with Levin.

In a TikTok video, Hilton shared a text message from a “business acquaintance” of Straw’s that claimed she was “presenting options for publications that may be open to exclusive information about her story.”

Since the scandal broke on social media, Straw has faced her own backlash, with several allegations of bullying in the past.

TikTok users have also viewed Straw’s old videos, claiming they contradict her claim that she felt bad about their alleged affair.

Levine denied Straw’s claims that he cheated on his wife of eight years, Behati Prinsloo, but admitted he had “crossed the line”.

Meanwhile, Levine and his wife were seen making a brave appearance.

The pair were photographed in California, with reports that “there didn’t seem to be any tension” between them.