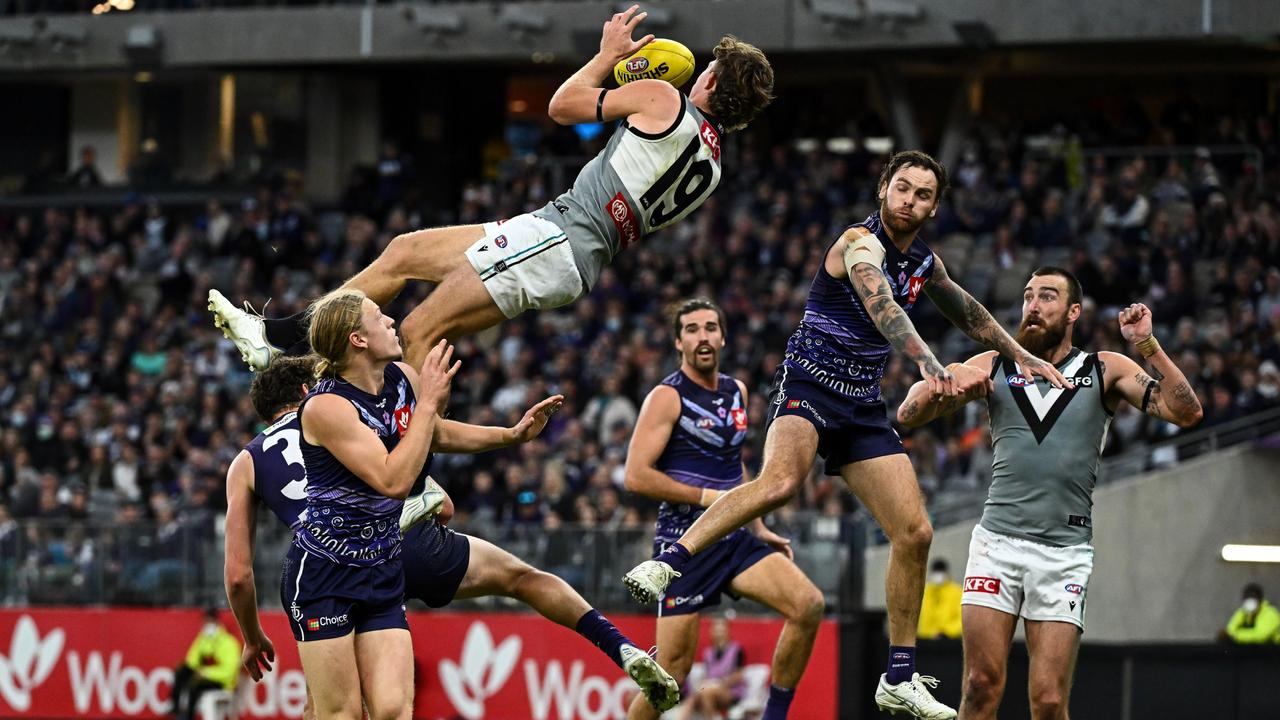 The 20-year-old got on the shoulder of Fremantle opponent Brennan Cox in round 16 and dropped the mark.

Remarkably, Georgiades’ capture wasn’t even the highlight of the week when he took the hanger.

BROWNLOW TRACKER: Every vote from every game as they are revealed and live leaderboard

Watch every match leading up to the AFL Grand Final live and free to play on Kayo. New to Kayo? Start your free trial now >

SIX OUTSTANDING: There are six options for the Brownlow Medal … here’s the verdict on each

PREDICTOR: We ran 10,000 simulations to predict the Brownlow. A wild scenario is emerging

“He sat there for an eternity,” commentator Adam Papalia said at the time.

Docker Hayden Young won the Mark of the Round award in Round 16, but the AFL’s Game Analysis Committee was able to select up to five extra points from the season to be considered as finalists.

Georgiades’ grab was then added to the run.

The Porto forward made his way onto the Crown Melbourne stage to receive a medal from Carlton’s Sam Walsh.

The young man laughed, sorting through his thoughts as he picked up the hanger.

“I was pretty tired at that stage – I think it was the end of the quarter,” he said.

“I saw the ball go in and it just bounced – luckily it just stuck.

“Unfortunately missed the goal, but that’s it.”

Georgiades is a two-time runner-up in this year’s fan-voted Mark of the Year race.

He is the second Port Adelaide player to win the title after Chad Wingard who won in 2014.