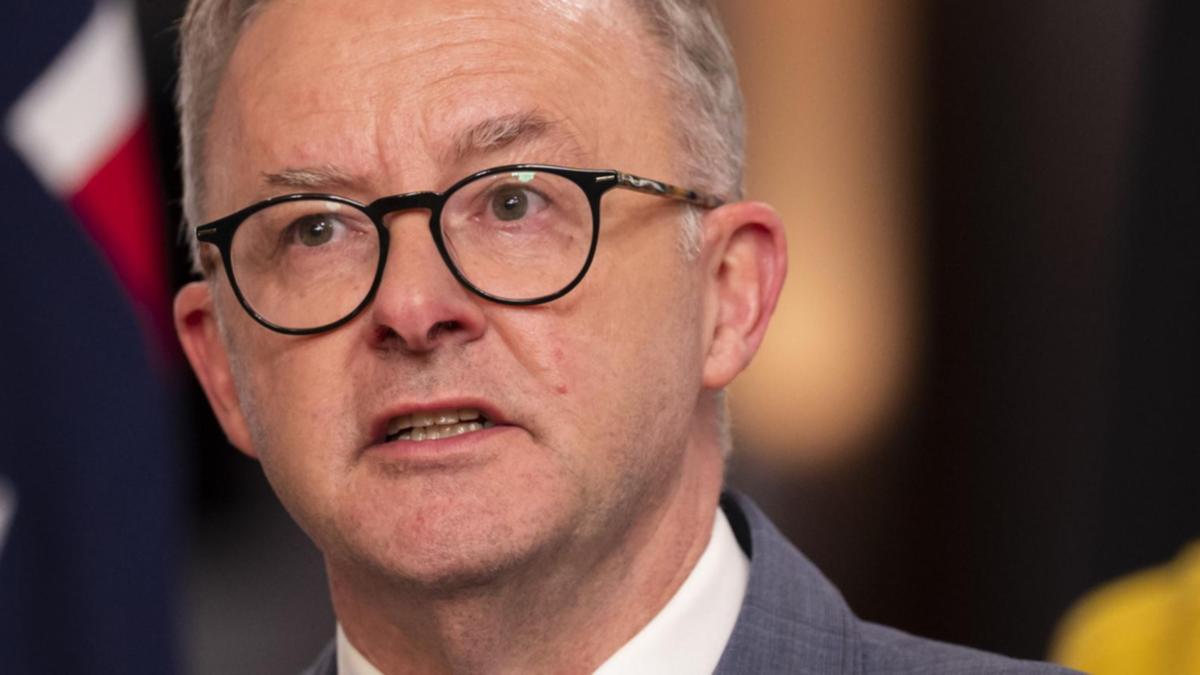 Anthony Albanese says the federal government is in talks with gas producers in Western Australia to increase supplies when the nation is teetering on the brink of an energy crisis.

The cold snap in southeastern Australia, disruptions at coal-fired power plants, the collapse of a gas supplier and sanctions against Russia have contributed to a sharp rise in wholesale gas prices.

The spot price has already risen due to increasing global demand as countries switch from using Russian gas and coal in response to the invasion of Ukraine.

The shortage of local supplies has developed, despite the fact that Australia is one of the world’s largest producers of liquefied natural gas.

The prime minister said on Friday that some restrictions on energy supplies were “beyond the control of any government”, but he blamed part of the coalition.

“What happened to Russia and Ukraine and the resulting significant increase in world prices do not depend on the people,” Mr Albanese told ABC Radio Perth.

“But what was under government control was actually energy policy, and we went through a nine-year lack of energy policy.”

He reaffirmed Labor support for the Woodside Scarborough gas project off the coast of WA, saying the “simple stop” position on fossil fuels would not meet the needs of the economy.

Mr Albanez said Energy Minister Chris Bowen was also in talks with the sector on how to ease immediate pressure on businesses and households.

Mr Bowen said on Thursday that the Australian energy market was facing a “perfect storm” and warned that the rapid rise in wholesale prices could not necessarily be addressed immediately.

Mr Bowen will meet with state and territory energy ministers next week to brief his Australian energy market operator and energy regulator.

“The Albanes Labor government will take all necessary measures to ensure the continued reliability and accessibility of energy markets … based on expert recommendations,” he said.

Mr Bowen was asked about the prospect of pressing the government’s “gas hook”, which will requisition gas marked for export to bolster local supplies.

He said the introduction of an emergency mechanism would not help in the short term, as it would not take effect until January next year.

Another option would be to introduce a national domestic gas reservation policy – similar to that existing in the WA – which requires that part of the gas produced in Australia be stored here.

Mr. Bowen did not rule out any special measures.

National Secretary of the Union of Workers of Australia Daniel Walton called on the Albanian government to press the gas immediately.

“Yes, it will take effect only in January, but obviously, manufacturers who are holding on to their teeth will be able to inform investors that some relief is on the way,” he said.

Mr Walton said the government could not count on negotiations with gas companies if they did not guarantee affordability.

Australian Institute chief adviser Mark Ogge said a study by a progressive think tank found that domestic gas consumption was lower than the amount of gas extracted for export.

“There is no problem with gas supplies in Australia; it has problems with gas exports. Eighty percent of Australian gas is exported, ”he said.

“The idea that there is not enough gas is a joke, but only the heads of the gas service laugh – up to the bank.”

Mr Ogge said the gas price crisis in eastern Australia had been a ‘direct result’ of the export market, which was exposing the Australian gas market to volatile international gas prices.

Australian Energy Council Executive Director Sarah McNamara says wholesale price spikes are unlikely to be passed on to consumers in the short term because contracted electricity retailers are required to smooth out supply costs.

“However, because of the general pressure to raise prices, people will experience bigger bills over the next year,” she told ABC on Friday.

“We encourage people to pick up the phone and call their dealer and make sure they have the best and cheapest deals for their circumstances.”

Deputy Prime Minister Richard Marles told Nine’s Today on Friday that the Albanian government does not rule out increasing coal-fired power generation in the short term.

Opposition leader Peter Dathan took part in the same program in an interview that quickly grew into a game of blame between the two men for who is responsible for rising energy prices.

Mr Datan said the Albanian government, which has been in office for less than two weeks, was too inexperienced to deal with the crisis.

“The public will be fed up with this line coming out of the government: ‘The last government is to blame for everything,'” he said.