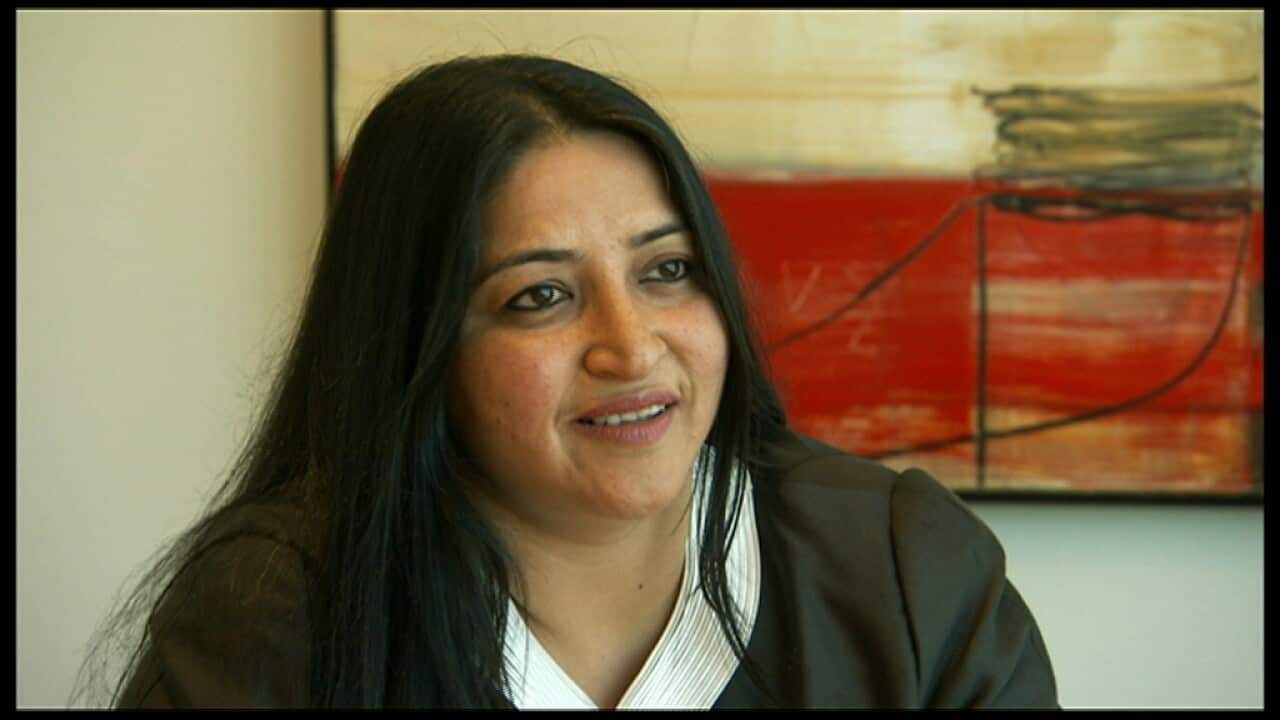 “In India, there is a huge notion of respect, so you don’t really call anyone senior by name,” she says.

“So I would hesitate [in Australia]not knowing what to call them. And then someone would say, “Oh, call me Rachel,” and I thought, “I can’t call you Rachel because you’re an old man, and I haven’t learned to do that yet.”

Prior to her departure, Ms. Kappadat’s parents objected to her arrival in Australia. But she was determined.

“I actually followed my heart to Australia, I must admit,” she said.

“At the time, it was a pretty bold move, but I was really looking for adventure and really wanted to come to the country to create a meaningful life.”

Since moving to Australia, Ms. Kappadat has made a successful career as a corporate entrepreneur and businesswoman and has given birth to three children aged 20 to six.

Last year, she was awarded the Telstra Victorian Business Woman Award and used her speech to outline her mission.

“Our Prime Minister Malcolm Turnbull recently said,‘ There has never been a better time to be an Australian, ’” she told the audience.

“And I intend to play a valuable role so we can quickly say, ‘There’s never been a better time to be Australian.’ woman. ‘”

Like many newcomers, Ms. Cappadat was impressed by the beauty of Australia when it landed in 1987.

“The sparkling blue of the waters and the way the water kept changing color.”

Were you born abroad? We would love to hear about your first impression of Australia as a new migrant. Contact us or via Twitter @SBSNews with the hashtag #FirstDaySBS

But she missed a lot in her old life.

“I think Australia has such an appeal to silence,” she says. “But coming from India, we got so used to the incessant sound of horns spreading everywhere, different sellers of things – fish sellers or toy sellers – and I really missed that.

Ms. Kappadat says she spent her first decade in the country working hard – she worked for an American software company and eventually led her sales team – and made a name for herself.

“I found it very easy to be accepted,” she said. “I was young, I aspired to a lot, and so I got up very quickly.”

Ms. Masudi’s parents did not want her to go to Australia. Source: Supplied

Ms. Kappadat has lived in Australia for almost 30 years but maintains close ties to her home.

“I am very pleased to create a professional life that uses my experience, understanding and know-how in India, so my work regularly takes me there,” she says.

“My personal life also draws me to India. I have a completely different life there. “

for the Melbourne firm Pitcher Partners and specializes in assisting businesses in building relationships with Asia. She is a regular speaker and enthusiastically helps others succeed in the professional world.

“I’m proud to be a really great leader, someone who really knows the art of expressing the best in others, and I enjoy doing that,” she says. “I like being better than I can be, and I really enjoy watching how the next person can also be better in whatever field they choose.”

And she is grateful to the country that has given her so much.

“Australia has given me the opportunity to know myself as a professional, as a mother, as a wife,” she says.

This story was created as part of the SBS series “First Day”, which aired on SBS World News during January.