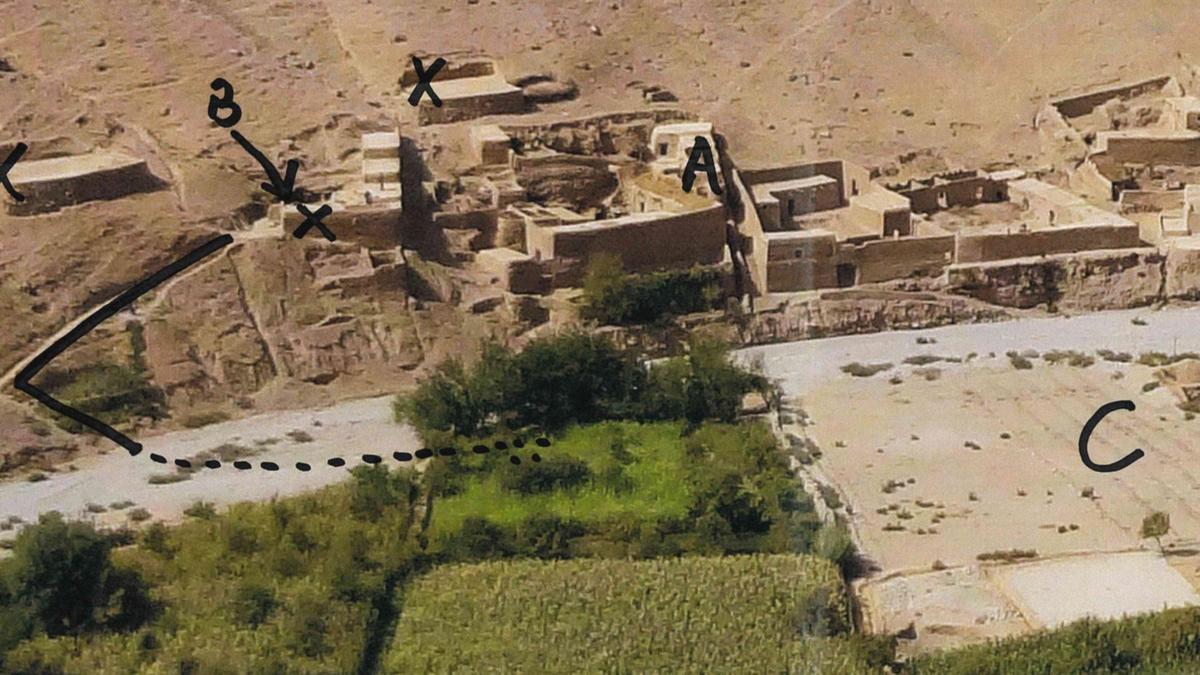 An SAS soldier told the court he watched as Ben Roberts-Smith handcuffed an Afghan man on a steep fall, smashing his face against a rock below, minutes before a villager was executed by other Australian troops.

Mr Roberts-Smith is suing nine newspapers and journalists for a series of articles alleging that he killed six unarmed and captured Afghans while serving in the SAS.

The recipient of the Victoria Cross denies all allegations against Nine – and the newspapers claim to be defending the truth.

Nine’s main charge is that Mr. Roberts-Smith was involved in the execution of a captured shepherd named Ali Jan in the village of Darwan in September 2012.

SAS partner, known only as Man 4, told the Federal Court on Monday that Roberts-Smith took off his body armor and crossed the river on his way to Darwan to face the suspected Taliban.

Mr Roberts-Smith was digging into river water when he shot dead an armed rebel, a 4th person told the court, and the SAS began moving to Darwan.

Nine claims that at the end of the raid on Darwan, Mr. Roberts Smith’s patrol handcuffed Jan, emptied his pockets and searched his donkey carrying firewood.

The standard practice for the SAS was to detain militant men of age to find and determine whether they posed a threat, and the detainees were called PUCs – Persons Under Confine / Control.

Person 4 told the court that he was standing on the edge of the complex, on the side of a steep drop in a dry creek, when he turned around and saw another SAS soldier holding a “PUC” over his right shoulder.

“At the same time, I noticed that Ben Roberts-Smith approached the position, about three or four meters, and … he turned, went forward and kicked the man in the chest,” Man 4 told the court.

“The man was ejected back and fell off the slope. I looked down, saw how the man’s face hit a large stone and received a serious injury … He knocked out several teeth, including the front.

Man 4 told the court that he, Mr Roberts-Smith and another SAS soldier, known as Man 11, were walking down a path towards the PUC, which, according to the Ninth, was Mr Ian, who was lying in a dry stream.

“At that moment I was in some kind of shock. It was something I had never encountered before … a visual effect when I see someone step aside, ”Man 4 told the court.

Man 4 told the court that he and Man 11 on the orders of Mr. Roberts-Smith pulled Mr. John to a tree on the side of the riverbed.

The court heard that Mr. Roberts-Smith and Man 11 had a conversation that Man 4 could not make out, and Mr. Ian rose to his feet, still with his hands behind his back.

Man 4 said he was standing a few feet away from him, his back to man 11, Mr. Roberts-Smith and Mr. Ian, when he heard the sound of shots from a SAS M4 rifle.

Man 4 said he turned and saw Man 11 with the M4 raised, in a firing position, and Mr. Roberts-Smith standing near a tree.

An SAS soldier told the court that the ICOM radio used by Taliban observers was located next to Mr Jan’s body, although, as far as Man 4 knew, the shepherd’s radio was not found.

The SAS regularly photographed the Taliban they killed, using weapons and other items found in them, as a form of intelligence gathering.

“(Radio) was slightly wet, water got into the screen, it was foggy,” he told court 4.

“It became clear to me where it came from … The man across the river.”

Man 4 claimed that Mr. Roberts-Smith later spoke to the military and told them that the “story” was that they shot the “overseer” on the way to the withdrawal of their helicopter from Darwan.

Mr. Roberts-Smith, in his own testimony, strongly denies the version of events depicted by the Nine, Afghan villagers, and now Man 4.

Last year, he told the court in an affidavit that he was crossing a creek when Man 11 started shooting at a man in a nearby cornfield.

Mr Roberts-Smith rushed to the rescue and fired several shots when a Taliban observer fell, he told the court.

His lawyers say it could have been the source of Ali Yan’s story.

Initially, the Nine report said that Mr. Ian was knocked down from the “cliff”, but the court saw footage showing that the promenade can be reached on foot.

In the legend of the 4th person, the SAS passed the embankment in this way.

Last year, residents of the village of Darwan told the court that Ian had been “suffered” by a “great soldier.”

Village resident Darwan Shahzada Aka told a court last year that he watched as a tall soldier pushed his brother Jan, his brother-in-law, down a slope.

“From here he hit him,” Mr Aka told the court, pointing to Darwan’s photos.

“(Soldier) went down to the river, but because of this berry tree I never saw him again.”

Mr. Aka had poor eyesight when the court heard that he was hundreds of meters from the place where Mr. Ian was allegedly beaten.