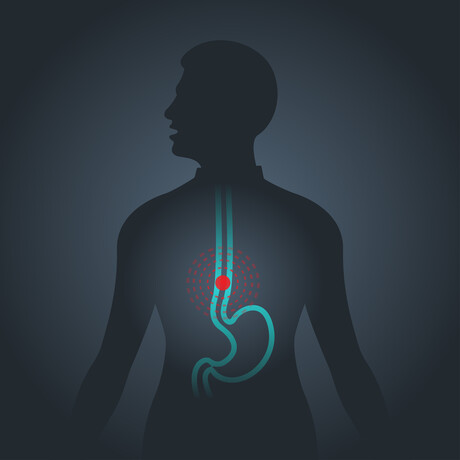 In adults aged 45 to 64, the incidence of esophageal cancer almost doubled between 2012 and 2019, and the number of Barrett’s esophageal precancerous diseases increased by 50%, according to an analysis of a database of approximately five million patients to be presented at Digestive Illness Week 2022San Diego, CA.

“This strong increase in prevalence should be of concern to physicians, and we should consider screening more middle-aged patients with esophageal cancer when they are at higher risk,” said Bashar J. Kumsey, MD, MPH, FASGE. lead author of the study. and Associate Professor of Medicine and Head of the Department of Endoscopy at the University of Florida, Gainesville.

The study team estimated the frequency of esophagogastroduodenoscopy (EGD) over this time period and found no increase that could explain the prevalence data. EGDS is a diagnostic endoscopic test to examine the esophagus, stomach and the first part of the small intestine (duodenum).

Esophageal and Barrett’s esophageal cancers are most common in older white men, and research has shown that the highest incidence is still in people over 65 years of age. But the researchers found that the cancer rate almost doubled in the age group 45 to 64 from 49 per 100,000 to 94 per 100,000, while the prevalence of Barrett’s esophagus in that group increased by about 50%, from 304 to 466 per 100,000 patients.

Kumsey said that middle-aged patients with multiple risk factors would benefit from previous and / or more frequent screening, comparing it to the benefit of previous screening for colorectal cancer.

“From other analyzes we have conducted with this data set, we know that even patients with four or more risk factors for esophageal cancer do not undergo endoscopy,” he added. “So, in terms of patient and provider, we can do better.”

The study is a cross-analysis of electronic medical record (EHR) data from the OneFlorida Clinical Data Research Network, which covers more than 40% of Florida residents. The researchers analyzed the records by three age categories: 18 to 44 years, 45 to 64 and over 65 years. Further analysis of the database is ongoing, and final results should be ready in the next six months.

Kumsey noted several limitations of the study: it covered only adults living in Florida; it was not a randomized controlled trial that observed one group of patients over time; in addition, as in any database, there may be problems with the data itself. The EHR analyzed were patients who visited hospitals or doctors ’offices, so the database does not indicate whether they already had the disease at the time of this visit or whether the condition had passed.