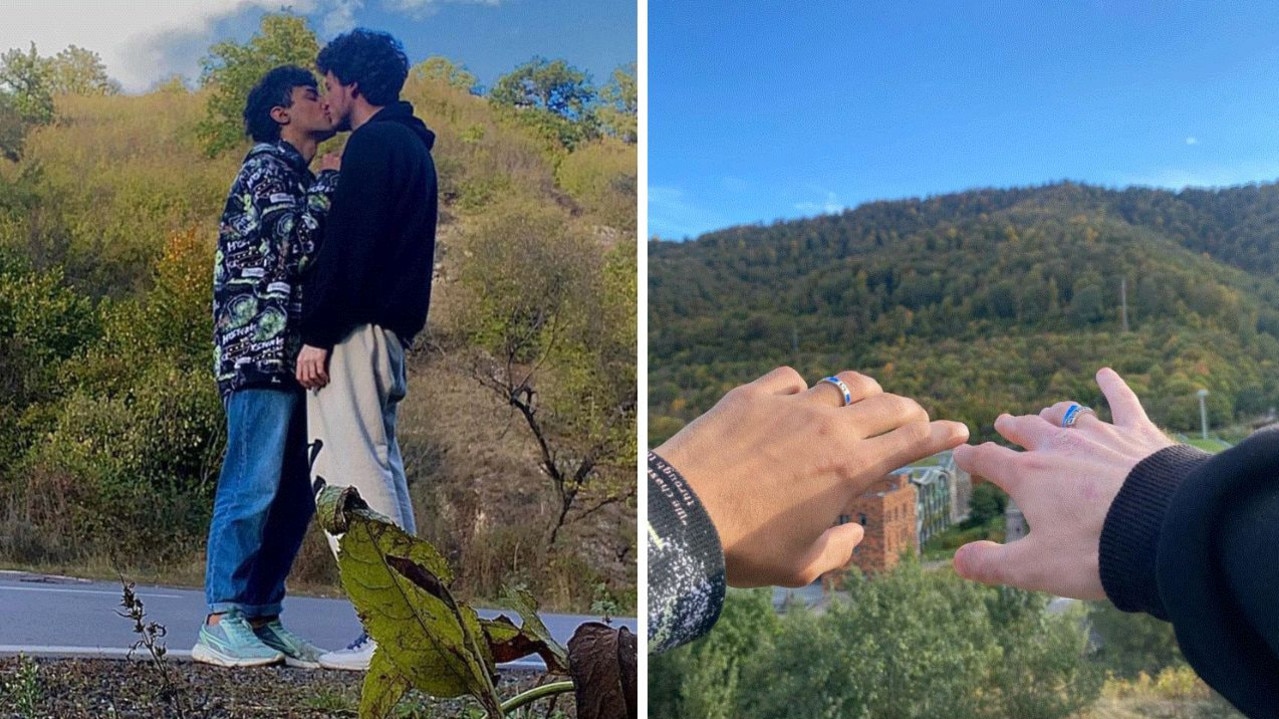 According to a local LGBTQ group, a young gay couple committed suicide in Armenia after sharing a last photo kiss.

The Pink Armenia organization said two men, identified only as Arsen and Tigran, were killed near the Davitashen bridge in the capital Yerevan last week.

Before taking their own lives together on October 20, the duo shared a tragic post on Instagram, writing: “Happy ending. We made the decision together to share the photos and take the next steps.”

The pair posted photos of themselves enjoying facials together, sharing a kiss and showing off what appear to be engagement rings.

They say that one of the young men was 16-17 years old, and the other was several years older.

Local reports claimed that Tigran and Arsen’s parents did not approve of their relationship and threatened them with death.

“Young people had many more years of life ahead of them, but because of intolerance towards them, they took such a tragic step,” writes Pink Armenia. “LGBT people are very familiar with the feeling of isolation and misunderstanding from family and society.

“This tragic incident once again proves that LGBT people in Armenia are not safe and are not protected by society or the state.”

Homosexuality was only decriminalized in Armenia in 2003, but many members of the LGBTQ community in the former Soviet country still prefer to keep their same-sex relationships private due to widespread intolerance.

According to ILGA-Europe, an international organization that measures anti-gay hostility, Armenia ranks 47th out of 49 countries in Europe and Central Asia for LGBTQ rights, ahead of Turkey and Azerbaijan.