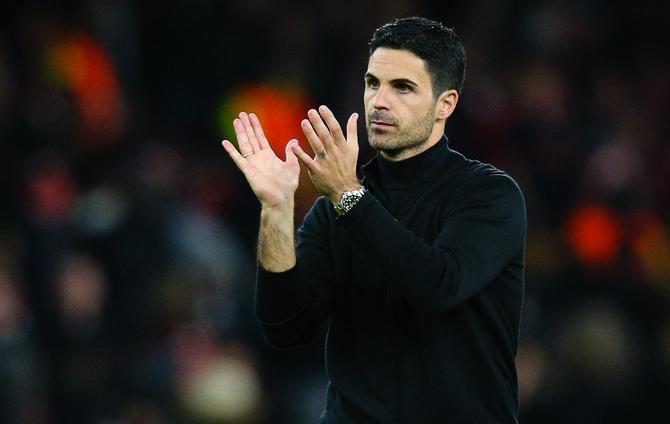 The Gunners confirmed their qualification from the first leg with a 1-0 win over the Dutch giants last week and a point at the Philips Stadion would be enough to send them through as group winners.

The runners-up in Group A will face a two-legged play-off against one of the eight teams eliminated from the Champions League, with potential opponents including Juventus and Barcelona.

In the future, Arteta aims to avoid additional worries.

“Last week we took the first step, which was to qualify for the next round. We need to win [on Thursday] because we want to finish first,” said the Spaniard.

“This competition is getting tougher and tougher and the way it looks today and the opportunities there are, it looks like the next round is going to be extremely competitive.

“That’s why it’s so important for us to top the group and avoid two more games.”

Arteta, who will be without Marquinhas due to illness for the trip to Eindhoven, also defended his decision not to save his team any more in the opening weeks of the season.

Arsenal have won 13 of their 15 matches in all competitions this season, although it was suggested that the players looked tired during their 1-1 draw with Southampton on Monday.

“We don’t have many players,” said the Gunners boss. “Even with the players we have, we’re taking four kids with us so we can get into the lineup.