Jack Beaton and Gianmarco Pradel are the names to watch out for after Australian teenagers were named as the 2022 Ferrari Driver Academy Asia Pacific and Oceania winners.

The duo were hand-picked after emerging from 24 talented teenagers from across Australia and the Asia-Pacific region selected to take part in the program at the Sepang International Circuit, home of the Malaysian F1 and MotoGP Grands Prix.

Making it to the final six of the program after a series of intense tests both in and out of the Formula 4 car, Beaton and Pradel did enough to impress the panel of judges, which included FDA representatives Marco Matas and Alessandro Vantini, and eventually secured a place at the World Scout Finals later this month.

Both Australians will now travel to Ferrari’s home base in Maranello for the final, where they will compete against some of the best young talent from around the world for a place in the Ferrari driver academy. For Beeton, the 14-year-old competed with little experience driving a Formula 4 car, having just graduated from karting where he finished fourth in the KA4 2022 Junior class.

In preparation, he completed a number of F4 test sessions around the country and also regularly visited Focus Driver for a series of simulation sessions.

A young resident of Queensland could not get into the final two.

“It feels absolutely amazing to be chosen. I am very grateful and humbled that the FDA has selected me to participate in the World Finals as the Asia Pacific representative,” said Beaton.

“Coming out of Sepang I was pretty confident as I felt I exceeded expectations in the camp. I felt like I was driving at my best, so it really depends on Ferrari and whether they like me or not.

“Any of the six could have made it to the top two and we all equally deserved to make it to the World Finals, but I’m delighted to be one of the two to make it.

“I expect Italy to be an amazing experience no matter what and a great opportunity to learn what it takes to be an F1 driver – of course I hope to succeed.

“A big thank you to my parents, the Ferrari Driver Academy, Motorsport Australia, Focus Driver for helping me learn the track on the simulator, AGI Sport for helping me develop and everyone who has supported me up to this point.

“I am very excited for the FDA World Scout Finals and I am sure that it will bring many opportunities for my career, regardless of the result.” 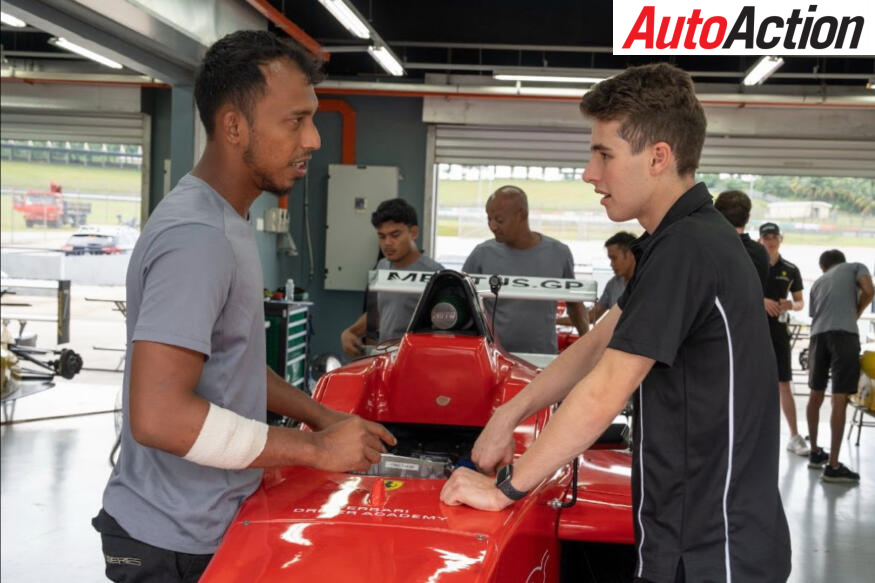 Pradel has had more success at the go-kart level in the run-up to the competition, with several podium finishes at the national level in the senior X30 and Rotax classes.

The 16-year-old from New South Wales has also gained a wealth of experience testing and running a state-level Formula One race car over the past 12 months, winning two races.

“It’s a huge privilege to be selected for the World Scout Finals later this month and it’s a huge opportunity for me – I’m both thrilled and grateful for it,” Pradel explained.

“The fact that I’m going to Italy just a month after being in Sepang hasn’t hit me yet and I’m still coming to terms with the idea, but I’m excited because it’s going to be a great experience.

“For me, I was just focused on doing my best during the APAC finals and leaving everything I had there. I feel like I did and I’m happy with my efforts.

“That being said, I would have been happy to finish in the top six, but to be selected in the top two and go to Maranello is an even bigger achievement.

“I don’t have any expectations at the moment – I’m just happy to go and I’ll just try to keep preparing as much as I can to be ready for the event.

“There is a huge list of people to thank for this, including my parents, Rush Performance, AGI Sport, Motorsport Australia and the Ferrari Driver Academy for this incredible opportunity.” A total of 24 riders were pushed to the finish line at the Asia Pacific Oceania Academy Finals at the Sepang International Circuit. Photo: Xoom D’Image

Marco Matasso was head of the Academy and was delighted to welcome both drivers to the FDA Scouting World Finals, which will feature some of the best young drivers from around the world.

“The FDA Scouting World Finals is very important to us,” he said.

“Together with our scouting partners, we selected six young people from four continents and five countries based solely on their talent, ability and potential, regardless of their financial situation.

“I would like to thank Motorsport Australia for organizing the Sepang qualifying event, thus fully revitalizing our scouting program after the difficult years of the pandemic.

“I can’t wait to welcome Jack and Gianmarco here at Maranello as they take on our evaluation process.” Two Australians have been selected as the best in the Ferrari Driver Academy Asia Pacific and Oceania selection program. Photo: Xoom D’Image

Australian Motorsport and Commercial Operations Director Michael Smith praised the two boys for their efforts as they prepare to represent Australia on the world stage.

“Gianmarco and Jack have shown a mixture of speed and great potential over the three days in Sepang and I believe they deserve to be selected for Italy,” said Smith.

“I have no doubt that these two young lads will do their country proud and will work hard to earn a place in the Ferrari driver academy.

“As for the other 22 drivers, they were all very professional, enthusiastic and mature throughout the week and anyone could have been selected based on their skills.

“I’m already looking forward to the 2023 edition and seeing what else this region has to offer.”