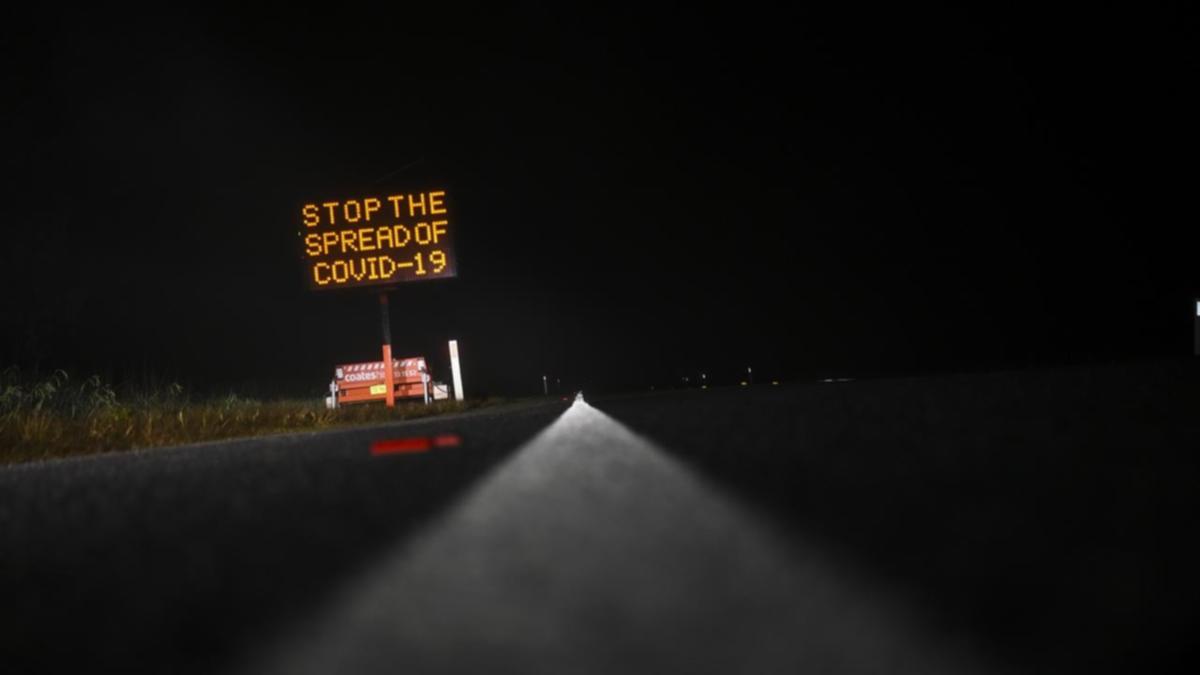 When COVID-19 hit Australia, the country’s top health officials were preparing for something big – but even they didn’t realize the scale of the looming crisis.

It was on January 25, 2020 – the day before Australia Day – that authorities confirmed the country’s first case, a man from Wuhan in China’s Hubei province who had flown to Melbourne.

It was there that he heard about an unusual cluster of what sounded like pneumonia in Wuhan.

“I had to look up where it was,” Professor Kelly told AAP.

“It sounded like something new and eerily similar to the first SARS – I immediately worried it might be big.”

This Thursday marks 1,000 days since Australia’s first case was announced, which also signaled the start of a nationwide spiral of anxiety and fear.

On February 27, 2020, the government declared that COVID-19 would be a pandemic – almost two weeks before the World Health Organization made the same call worldwide.

Previously little-known public health officials have found themselves in the spotlight as the public hungers for information about the coronavirus and state and federal governments impose increasingly stringent measures to contain its spread.

For some, like Alfred Health infectious disease physician Allen Cheng, it’s been a difficult transition. He took up the role of Victoria’s Deputy Chief Medical Officer in July 2020.

“I’m a doctor – I’m used to making decisions that affect one patient in front of me,” says Professor Chen.

“Making the decision that I’m going to close the border or make everyone stay at home is a different level of decision-making, and of course it’s very stressful.”

Australia’s first COVID-related death occurred on March 1 in Western Australia, a jurisdiction that will have one of the fewest quarantine days in the country but the toughest border restrictions.

The public health crisis began after March 19, when the Ruby Princess cruise ship docked in Sydney after a fateful 11-day voyage to New Zealand. It would go on to account for 28 COVID-related deaths and hundreds of cases.

Australia closed its borders to non-citizens and non-residents on March 20, and some states and territories have already moved to limit gatherings and introduce social distancing measures.

For a week, governments have ordered Australians to stay at home unless they are gathering for essential reasons, and cross-border movements have also been curbed.

Health workers and the media have been focused on outbreaks in countries like Italy, where COVID-19 has devastated populations and local newspapers have filled their pages with obituaries.

However, most experts were confident that Australia would come out on the other side of the pandemic.

Professor Chen says many people look back on the country’s approach and question whether the lockdowns were justified, but many deaths were avoided by eradicating the virus until vaccines became available.

“Some of the first clarity of messages could have been done better,” he says.

“There’s a tendency when you’re in the thick of things, getting into the weeds, and you don’t really have the big picture.”

ACT Chief Health Officer Caryn Coleman adds: “You never think something this big will happen in your lifetime.

“(I would) ask people to remember when you look at some of the decisions and things that we’ve done that context is really important.”

In the end, Melbourne will be subject to six lockdowns over 260-plus days, giving the Victorian capital the dubious honor of being named the world’s most locked-down city.

New South Wales had the second-most adjustment days of any Australian jurisdiction, at about 150. Tasmania spent about 50 days in adjustment, as did South Australia, according to data tracker CovidBaseAU.

Professor Kelly says he believed in the resilience of Australians and the unsung heroes of the health system, but he admits the crisis has become overwhelming at times due to the constant demand for advice and information.

“There has been constant scrutiny of what has become the first global pandemic since social media became a constant presence in our lives,” he says.

Queensland’s Chief Medical Officer of Health John Gerrard says there was never any guarantee a safe and effective vaccine would be developed and Australia could easily lose control of the virus if the Omicron variant emerged in 2021.

“Then the unvaccinated population of Australia would feel the full impact of the pandemic,” says Dr Gerrard.

“It would be a disaster.”

The UK and US began mass vaccination programs in December 2020, while Australia’s infamous initial rollout began in mid-February.

More than 10 million cases of the coronavirus have been recorded in the nearly 1,000 days since the first in the country.

Despite the thousands of deaths reported in Australia, Professor Cheng says the total death toll from COVID-19 would be more than 80,000 if the virus was allowed to get out of control, as it has in the UK and US .

“The first thing we’ve always taught is what we call the social determinants of health. So poor people don’t get well with any disease … and it’s no different with COVID,” he says.

“Professionally, I’ve learned that there are things we can do to solve this problem.”

Many health officials are cautiously optimistic that the country can handle future waves and variants of COVID-19, and is now better prepared to deal with pandemics.

“The price of survival is eternal vigilance,” he says.

*All data based on latest figures available as of Friday, October 14