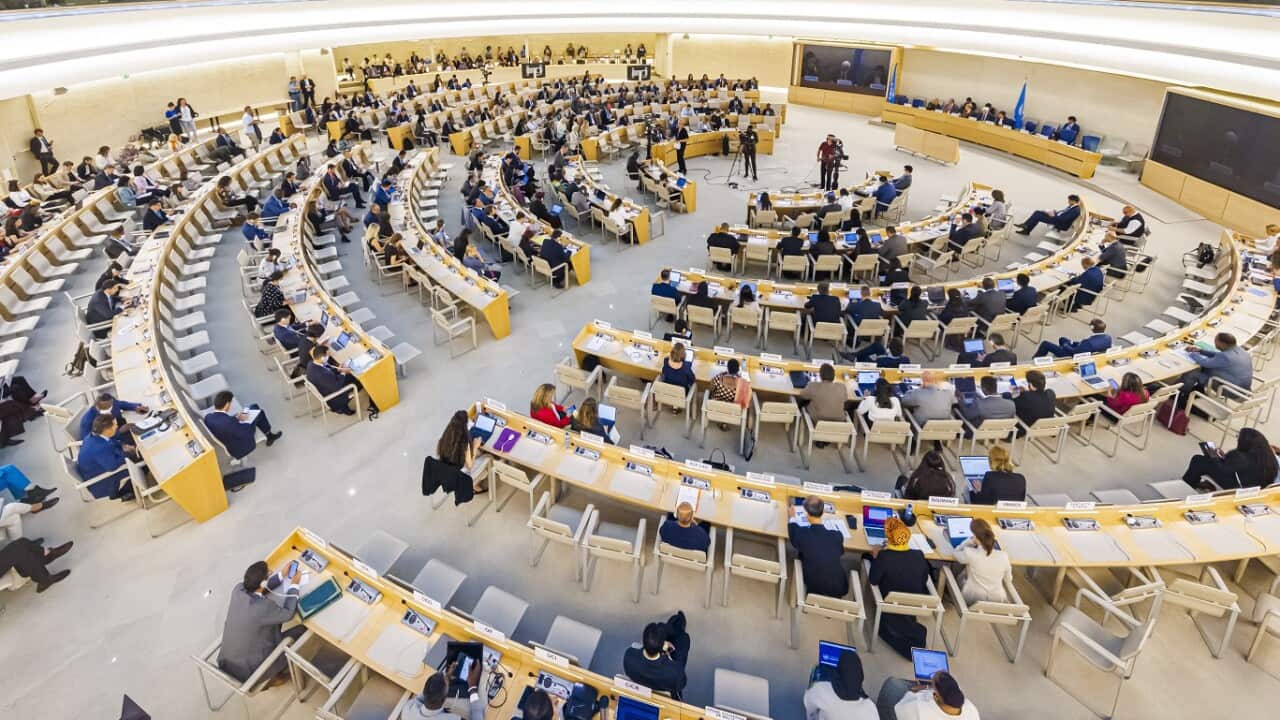 The Australian government has expressed disappointment after the UN Human Rights Council refused to discuss serious allegations of persecution of minorities in China.
The Human Rights Council (HRC) rejected a proposal to hold a debate on allegations of human rights abuses against minorities, including Muslims and Uighurs, in the Xinjiang region.
This followed a statement by the Office of the High Commissioner for Human Rights (OHCHR). which took place in Xinjiang, which may be a crime against humanity.
Human rights groups accuse China of abuses against the Uyghur people, a group of about 10 million people, including forced labor in internment camps.
China strongly denies any abuse.
The council’s failure to hold a debate was a disappointment for Australia, a spokesman for the Department of Foreign Affairs and Trade told AAP news agency.
“Australia and many members of the international community have long been seriously concerned about reports of serious human rights abuses in Xinjiang,” the spokesman said.

“The findings of the OHCHR report on Xinjiang were appalling and confirm many of these reports.”

The results of the vote did not undermine the report’s conclusions, and the international community cannot ignore its content, the spokesman added.

“The Australian government will continue to express concern about human rights abuses in Xinjiang and call on the Chinese government to meet its international human rights obligations and address the concerns raised in the OHCHR report,” the spokesperson said.

Australia moved with a group of other countries, including the US, Canada and Sweden, noting the OHCHR report and calling for a debate next year.
The vote, with 19 against, 17 in favor and 11 abstentions, marked the second time in HCR history that a proposal of this type has been rejected.
Qatar, Indonesia, the United Arab Emirates and Pakistan voted against, with Pakistan saying hosting the forum risks alienating China.
China’s envoy warned other countries that if the vote is successful, it will set a precedent when the human rights record of all countries can be checked.
“It’s a disaster. It’s really disappointing,” said Dolkun Isa, president of the World Uyghur Congress.

Ms Aiza, whose mother died in the camp and whose two brothers are missing, said her community was disappointed by the outcome but would never give up.