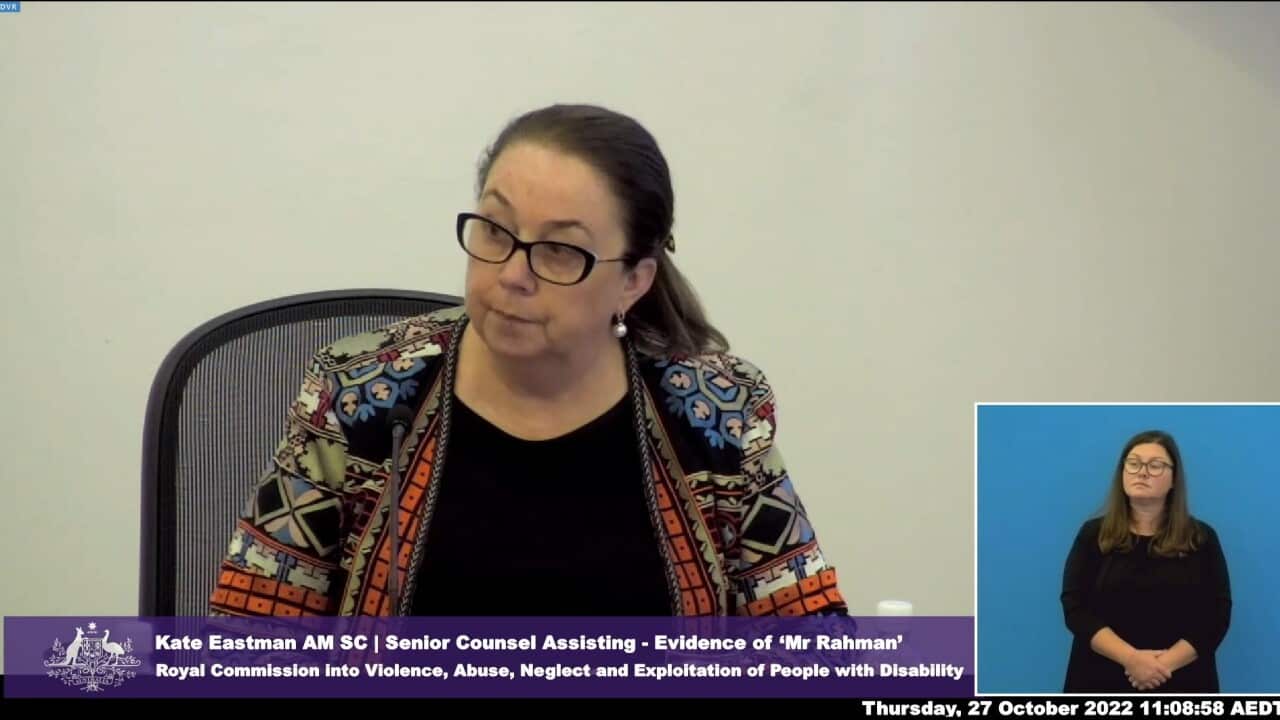 A disabled Bangladeshi refugee has told the Royal Commission on Disability that he often went hungry while detained on Nauru because he couldn’t stand in line for hours for food.
The psychological impact of several years of detention was compounded by a physical attack by locals who broke his leg, he told the commission.

Thursday’s hearing focused on barriers for people with disabilities from different cultural and linguistic backgrounds.

Racial Discrimination Commissioner Chin Tan spoke of the need for disability services to accommodate multicultural communities.
“While migrants and refugees face different difficulties in accessing support services… they take on new forms for people with different disabilities,” Mr Tan told the commission.
The transition to the Internet during the pandemic has put many people with disabilities at a disadvantage due to the lack of access to the Internet and the lack of materials in different languages.
Participants in the public consultation described the disability sector as “very European”, he said.
“Ensuring cultural safety, respect and integration of culturally and linguistically diverse people is paramount,” he said.
Mr Tan’s account was echoed by a second witness, Mr Rahman (pseudonym), who detailed his horrific experience as an asylum seeker in 2013 when he was detained on Christmas Island.

The 36-year-old was born in Bangladesh with a severe spinal condition and a chest deformity that restricts his breathing.

His doctor’s orders to remain in Australia for treatment were ignored by the authorities and he was sent back to Christmas Island.
“It was humiliating to be handcuffed and treated like a criminal,” he told the commission through an interpreter.
“I felt like I was participating in criminal activity just because I was disabled … I could have died instead of being humiliated.”
Mr Rahman detailed his detention on Nauru until 2019, when he was transferred to Australia through the medical evacuation programme.
“I lived in a small plastic tent with 25 to 30 other people,” he said.
“There were very few toilets and showers. It was very difficult to get access to clean drinking water.’

“I used to stand in line for hours for food, but because of my disability I couldn’t always stand in line and often ended up without food.”

“In Australia, the word humanity is missing.
“I was better off in the jungles of many other countries. My only fault is that I arrived … by boat,” he said.
He was later transferred to Australia, where he spent two years in prison in Melbourne, including the infamous Park Hotel.
“In Australia, when people look at me as disabled, I feel like I’m an animal.
“I feel like the detention center was run like people were in a zoo,” he said, adding that he was only given panadol to relieve the pain, which he didn’t.
with specialized services for his back.

After Mr. Rahman was released into the community on a transitional visa, he felt he lacked access to disability services, especially when the pandemic plunged the entire city into prolonged lockdowns in 2021.

He was unable to work because of his disability, was forced to be homeless and ate out of bins for two months after Centrelink payments and free housing stopped after six months.
His situation has improved a little and he now lives with other refugees in a temporary shared house.
But he called on the Government to better financially support disabled refugees through Centrelink. He gets about $550 a fortnight.
He said he felt uncertain about his future with his interim visa status.

“I just want … to be treated with respect and dignity,” he said.