In January of 2022, the Company drilled 1253 meters in seven holes on its 50% interest in Dargavel Twp in Project 81. This drill program qualified for a $200,000 OJEP grant from the Ontario Government. 291 Samples were submitted to ActLabs in Timmins for assay and due to backlogs at the lab, Noble has been advised that results should be forthcoming within the next two weeks. Upon receipt of the results Noble will determine how to proceed in what would likely be a winter follow up drill program.

Consultations have been initiated with the Constance Lake First Nation (CLFN) and it is anticipated that Noble and CLFN will enter into an Exploration Agreement in the coming days upon the execution of which a helicopter supported minimum 1500-meter drill program is proposed for which Noble has recently received an Early Exploration Permit from the Province.

Past work in the Nagagami area has been spotty in the past. Part of this is due to the fact that the complex is not exposed on surface. Algoma Ore Properties performed the original airborne magnetic survey in the area that identified the complex. Limited drilling was aimed at the magnetic ring structure in search of iron deposits. Despite drilling in the wrong geology for niobium and rare earth metals, one of the Algoma drillholes returned 0.3% Nb205 from a grab sample of syenite taken at 230 feet downhole. Fluorite was noted in one drill hole as red-brown, waxy hydronephelite (an alteration form of nepheline) comprising 5-10% of the rock. The existence of fluorite is characteristic of carbonatite style mineralization.

Figure 1: Comparison of the Nagagami Complex (left) with the Niobec Mine in Quebec

During the Fall of 2021 Noble launched an exploration program on the property to in an effort to identify the source of the boulder. Basal till samples collected from two fence lines of hand auger holes, located about 100 m and 1 km north of the boulder location, produced 35 gold grains. These gold grains defined a southeast-northwest trending dispersion train that indicates they were transported southeast by a glacial transport from a source area located to the northwest. The dispersion train appears to begin near a northeast trending magnetic anomaly to the northwest of the property. The gold grains are predominantly reshaped (24) but also include modified (7) and pristine (4), supporting evidence of local source. The cost of the staking, sampling and assaying to date has been applied against the option costs.

Work will continue during the 2022 field season including a helicopter airborne survey, glacial till investigations and diamond drilling. 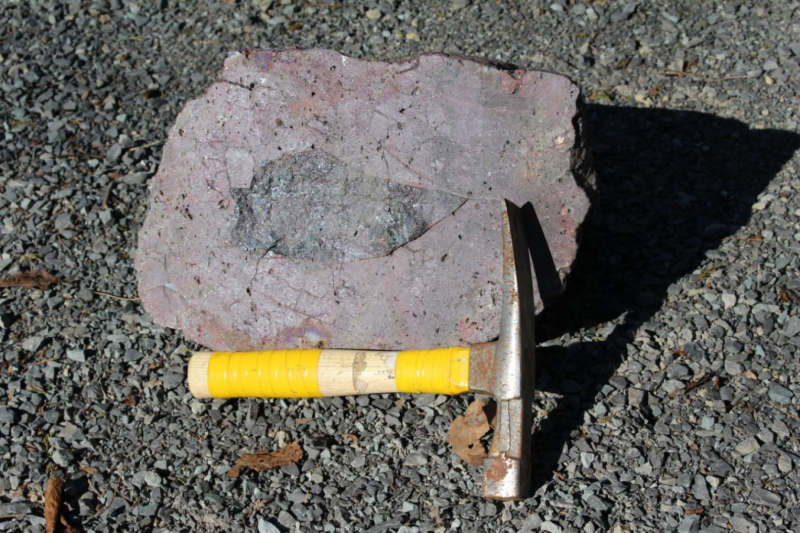 Figure 2: The Cousineau Boulder cut in half.

A trenching program was initiated by a third party in 2014 based on airborne survey results and limited ground geophysics. Trenching verified that graphite mineralization was causing the detected electromagnetic anomaly. All samples returned graphite mineralized intersections with a best result of 8.2% Cg over 4.75* meters, including 12.1% Cg over 1* meter and 12.5% Cg over 3.5* meters. Another trench was excavated about 75m NE of the first trench where one section yielded 21.6% Cg over 14.5* meters and 16.8% Cg over 3.9* meters. (*True widths not known at this time)

In 2015, a 20-kilogram bulk sample was taken from Trench 22C and subjected to initial flotation testing for graphite. The bulk sample was submitted to a simple flotation test, without process optimization or chemical treatment, such as addition of acid leach or alkaline roast. The head grade obtained was 20.7% Cg and returned an overall combined flotation concentrate purity of 94.8%. The results of the testing indicated 32% of the flakes were large (+65 mesh) to jumbo (+28 mesh) in size and the purity obtained in these large fractions ranged from 94.8 to 96.1%.

The 2022 field work will be a two-phase program to include:

The property, known as Island Pond, is located within an area of Central Newfoundland that is geologically mapped as a single unit of Cambrian-Ordovician siliclastic sediments trapped between a series of non-magnetic Devonian Plutons to the west and southeast. The plutons themselves are not considered to be of exploration interest but they could have altered the rocks around them. From the regional magnetic data, a strong magnetic trend exists within the siliclastics that is interpreted to be an unmapped volcanic intrusion. A preliminary structural interpretation, based solely on regional scale aeromagnetic surveys, suggests a multi-fold metamorphic history with a very high potential for repetition of stratigraphy within these newly staked claims.   Spruce Ridge Resources (SHL) Foggy Pond Property, contiguous to the east, shows a similar magnetic feature. SHL has reported their preliminary interpretation indicating the possibility for a repetition of known copper and gold mineralization on a western limb. Preliminary interpretation of recently acquired high resolution magnetic data over Foggy Pond show localized magnetic anomalies that could be ophiolite slivers along a major northeast trending structure analogous to the Grub Line located just east of New Found Gold’s high-grade gold discovery located approximately 75 km to the east.

Historic exploration on the Spruce Ridge Great Burnt and South Pond Property was found to contain economic concentrations of copper and possibly gold within volcanic rocks that intruded the siliclastic sediments. The magnetic trend at Island Pond is over 22 km in strike length and up to 3.5 km wide. This region of Newfoundland has received almost no exploration due to the thin but extensive overburden cover and lack of forest suitable for the logging industry (which would have resulted in a road infrastructure). Island Pond is contiguous to Spruce Ridge’s recently staked Foggy Pond Property (see Spruce Ridge press release Dec-22-2021) and is located 14 km northwest of Spruce Ridge’s South Pond gold-copper discovery and 56 km southeast of the historic Buchans high-grade zinc mine.

An airborne geophysical survey is scheduled for early summer.

Drilling and resource estimates done by the Groupe La Fosse Platinum Inc., in 1987, evaluated a historical resource of 421,840 tonnes grading 0.52% copper, 0.72 % nickel and 1.08 g/t combined platinum-palladium (Groupe La Fosse Platinum Inc., 1987 Annual Report). This estimate is historical in nature, non-compliant to NI 43-101 Mineral Resources and Mineral Reserves standards, and therefore should not be relied upon. A Qualified Person has not done sufficient work to classify the historical estimate as current mineral resources, and these estimates should only be considered as an indication of the mineral potential of the Property.

* Exact width not known at this time.

Future work will include a complete compilation of past drilling and a site visit to surface sample the zone and explore for additional mineralization.

The Laverlochere property is located on the southern part, of the east-west trending Belleterre-Angliers greenstone belt that is made up of an assemblage of sedimentary and volcanic rocks of Archaen age. Several Nickel-Copper-Platinum Group deposits and showings have been discovered in the Belleterre-Angliers greenstone belt. Approximately 30 km east of the Laverlochere property, the Kelly Lake property reportedly contains a deposit of 1.4 million tonnes of 0.7% Cu, 0.7 Ni, 1/3 g/t Pt+Pd and a potential for minor amounts of Cobalt and Rhenium and in the same general area, Blondeau Nickel has outlined a 227,000t deposit. Grading 0.45% Cu and 0.45% Ni. Historic exploration in the area has outlined four separate zones of Nickel- Copper-Platinum Group mineralization in gabbroic bodies interbedded in mafic to felsic volcanics (these reserves are 43-101 non-compliant and historic in nature).

On the Laverlochere property, historic trenching and drilling on the north shore of Lac Rousselot led to the discovery of a band of iron formation, striking N60°E. The iron formation is brecciated and contains pyrite-rich lenses and veinlets of quartz. A trench, approximately 1,080 m to the southeast of the iron formation, exposed a silica bearing that contains considerable veinlets or dike-like masses of quartz that are well mineralized with chalcopyrite and pyrite. A 1.8 by 3.0 m shaft was sunk on a 3 m long by 30 cm wide, mineralized quartz lense. The lense strikes northwest and cuts across N30°W striking sheared andesites. The mineralization is primarily chalcopyrite and a 30 cm sample across the quartz lense analyzed 0.57% copper and 2.6 g/t gold .

In 1969, Inco drilled three holes under Lac Rousselot. Drillhole 32375 was drilled to a depth of 309 m and in the upper section (0 to 93.9 m) intersected mainly andesitic and gabbroic rocks that were locally, weakly mineralized in pyrite, pyrrhotite and chalcopyrite. The lower part of the hole (from 93.9 to 309 m) intersected serpentinized peridotite that was systematically analyzed for copper, nickel and cobalt. The analyses reportedly revealed a 214.7-meter mineralized interval grading 0.01% Copper, 0.29% Nickel and 0.02% Cobalt (Exact width not known at this time).

Drill hole 32376, intersected mainly intermediate volcanics, gabbroic, and dioritic rocks down to 97.6 m that were weakly mineralized with pyrite, chalcopyrite and pyrrhotite. From 97.6 m to the bottom of the hole at 108.8 m peridotite was intersected. Eight samples of core from the gabbro, andesite and a chlorite bearing schist were analyzed for copper, nickel and zinc. Three were also analyzed for platinum and palladium and gave the following results for palladium of 0.12 g/t, 0.28 g/t and 0.31 g/t and for platinum 0.16 g/t, 0.37 g/t and 0.12 g/t . The peridotite graded 0.02% Cu and 0.224% Ni over the 11.2-meter interval (Exact width not known at this time).

Future work will include a complete compilation of past work and a property visit to identify historical and new mineralization on the property.

Noble will carry out a 2-3 drill hole program to test an untested geophysical target on its Calder Twp option. This drill program is scheduled for late summer 2022.

All exploration results disclosed in this news release are historical and are therefore non-compliant with the requirements of National Instrument 43-101.

Noble Mineral Exploration Inc. is a Canadian-based junior exploration company which, in addition to its shareholdings in Canada Nickel Company Inc., Spruce Ridge Resources Ltd. and MacDonald Mines Exploration Ltd., and its interest in the Holdsworth gold exploration property in the area of Wawa, Ontario, will continue to hold ~25,000 hectares of mineral rights in the Timmins-Cochrane areas of Northern Ontario known as Project 81, as well as an additional ~11,000 hectares in the Timmins area and ~14,400 hectares of mining claims in Central Newfoundland.  Project 81 hosts diversified drill-ready gold, nickel-cobalt and base metal exploration targets at various stages of exploration. It will also hold its recently acquired ~14,600 hectares in the Nagagami Carbonatite Complex near Hearst, Ontario, as well as ~3,700 hectares in the Buckingham Graphite Property, ~518 hectares in the Laverlochere Nickel, Copper, PGNM property and ~482 hectares in the Cere-Villebon Nickel, Copper, PGM property, all of which are in the province of Quebec. More detailed information is available on the website at www.noblemineralexploration.com .

Noble’s common shares trade on the TSX Venture Exchange under the symbol “NOB.”

Neither TSX Venture Exchange nor its Regulation Services Provider (as that term is defined in the policies of the TSX Venture Exchange) accepts responsibility for the adequacy or accuracy of this release. No stock exchange, securities commission or other regulatory authority has approved or disapproved the information contained herein.

The foregoing information may contain forward-looking statements relating to the future performance of Noble Mineral Exploration Inc. Forward-looking statements, specifically those concerning future performance, are subject to certain risks and uncertainties, and actual results may differ materially from the Company’s plans and expectations. These plans, expectations, risks and uncertainties are detailed herein and from time to time in the filings made by the Company with the TSX Venture Exchange and securities regulators. Noble Mineral Exploration Inc. does not assume any obligation to update or revise its forward-looking statements, whether as a result of new information, future events or otherwise .