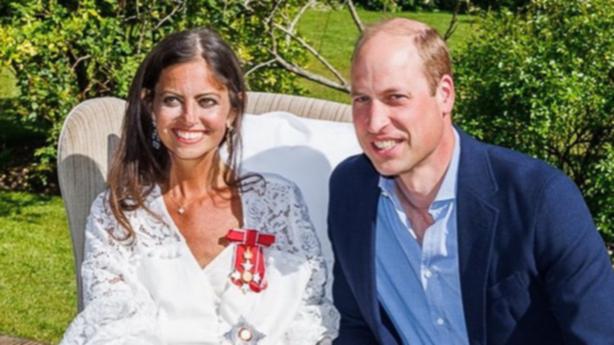 The British journalist, whose public fight against terminal bowel cancer has even attracted the attention of the royal family, gave a heartfelt story about her last days.

BBC reporter Lady Deborah James has spent the last five years documenting her battle with bowel cancer in her podcast “You, Me and the Big C”, and has raised millions of dollars for cancer charities since discovering that in recent weeks she gets help at the end of her life.

The 40-year-old girl’s campaign was so successful that earlier this month she was named Lady, and Prince William personally visited her home to pay tribute.

James was being treated at the hospital, but in recent weeks she recounted how she moved into her parents ’home to spend the last days.

On Monday, she said her condition could worsen as she enjoyed the weather, which could be “the last time”.

“One day a deceased friend told me to hug the rain because you never knew when the last time you might feel that rain on your face ……. so I take him in my arms!” she wrote.

Last week, the mother of two said her body “just doesn’t play ball,” and she focused on making sure she no longer felt pain.

“No one knows how much time I have left, but I can’t walk, I sleep most of the day, and most of the things I take for granted are bad dreams,” she wrote.

“I know we didn’t leave a stone unturned. But even with all the innovative cancer drugs in the world or some new magical breakthrough, my body just can’t move on. ”

“Now for me it’s all about taking it every day, step by step and being grateful for the next sunrise. My whole family is around me and we will dance it together, sunbathe and laugh (I will cry !!) at any moment! ”

Prince William and Duchess Kate recounted how James captured the hearts of Britons with his company through his Bowelbabe Foundation.

“Deborah, our thoughts are on you, your family and your friends. Thank you for the hope to many who live with cancer. W&C, ”they wrote.