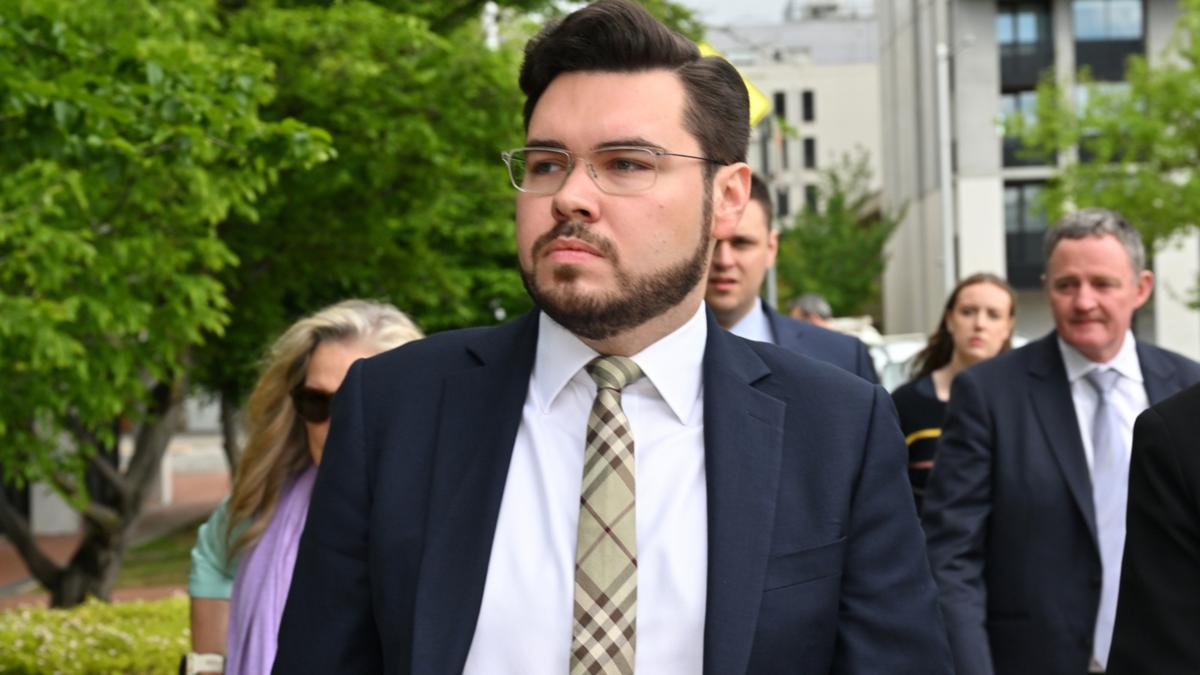 Bruce Lerman’s defense team was quick to pick up on Brittany Higgins’ emotional outburst outside the courtreferring him to the Australian Federal Police and the ACT Supreme Court.

It is understood the team believes Ms Higgins’ tearful televised speech may have breached the Fair Trials Act. If so, she could be charged with a felony.

It comes after Chief Justice Lucy McCallum discharged the jury in the accused rapist’s trial on Thursday morning.

A short while later, Mr. Lerman left the courtroom in silence.

His attorney, Steve Wybrow, said he was disappointed with the outcome, but he was unable to comment further.

Ms Higgins then left the court, crying and shaking hands.

She then approached the waiting press group and told the television cameras: I decided to speak out… to speak out and share my experience with others.

“I was interrogated for a long time.”

Mr Whybrow later replied: “Despite her honour’s warning, the applicant made what appeared to be a pre-prepared speech to the media outside court.

“We have brought these comments to the attention of the court and the Australian Federal Police and Mr Lerman and his lawyers are not authorized to make any comment on whether the applicant’s statements may constitute contempt of court or offenses against the ACT Criminal Code.

“Neither Mr Lerman nor his lawyers will be making any further comment on this matter at this stage.”

Lerman was on trial accused of raping Ms Higgins after a drunken night out in March 2019. He pleaded not guilty.

Judge McCallum sensationally dismissed the jury after finding that the juror had read an article about the prevalence and causes of false sexual assault complaints.