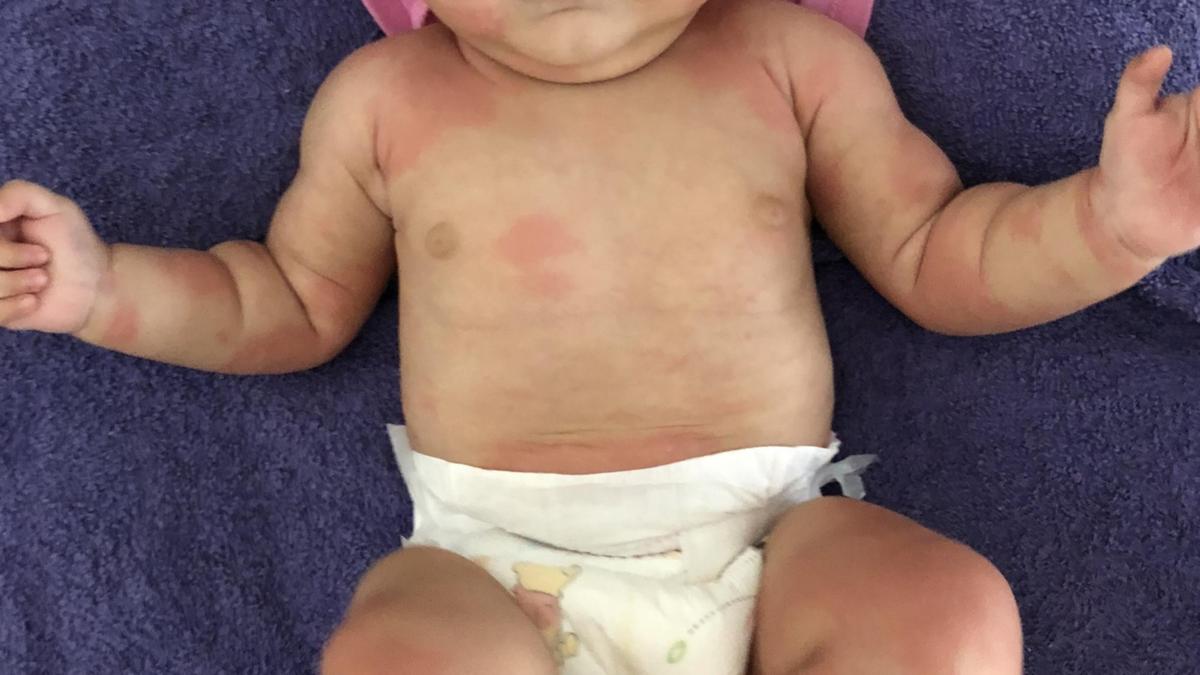 Researchers have reported record pollen levels in Brisbane and Canberra, as well as in Sydney, Adelaide and parts of Tasmania.

Australians suffering from allergies, asthma, eczema and hay fever will know the impact that tiny particles in the air can have.

When the family of eight-month-old Isaiah Pieded took him on a trip to Sydney and Adelaide on Easter, the boy suddenly became very ill.

His face and body erupted in angry red scars that made him sad and unable to sleep.

“It got so bad that I had to put socks on his arms and up his legs to keep him from scratching,” said Shabnam Shabir, a 37-year-old mother.

“He seemed to be scratching harder at night and was covered in it – all over his face, legs, abdomen and arms.”

“He was in agony, screaming in pain. A few mornings his sheet was even in blood. At one point I thought we would have to take him to the hospital, ”she said.

By using an over-the-counter eczema and psoriasis cream recommended by a pharmacist, Ms. Shabir was able to reduce Isaiah’s dryness and soreness.

Melody Livingston, who runs the skincare company MooGoo, said that in recent weeks the company has received many inquiries from people with allergies and skin conditions such as eczema suffering from the weather.

A botanist and pollen expert at the University of Melbourne, Associate Professor Ed Newbigin, explained that the unusually wet last couple of years during La Nino led to more growth and therefore more pollen in the air.

“Most of what we’re talking about is seasonal grass pollen,” Dr. Newbigin said.

While the peak of pollen season in southern Australia usually falls in November, the recent downpour that hit the east coast has led to another surge.

“You don’t get a prize for concluding that grass grows well when there’s a lot of rain around,” Dr. Newbigin said.

For those who suffer severely from high levels of pollen in the air, he recommended downloading the University of Melbourne program, which warns of high-risk days.