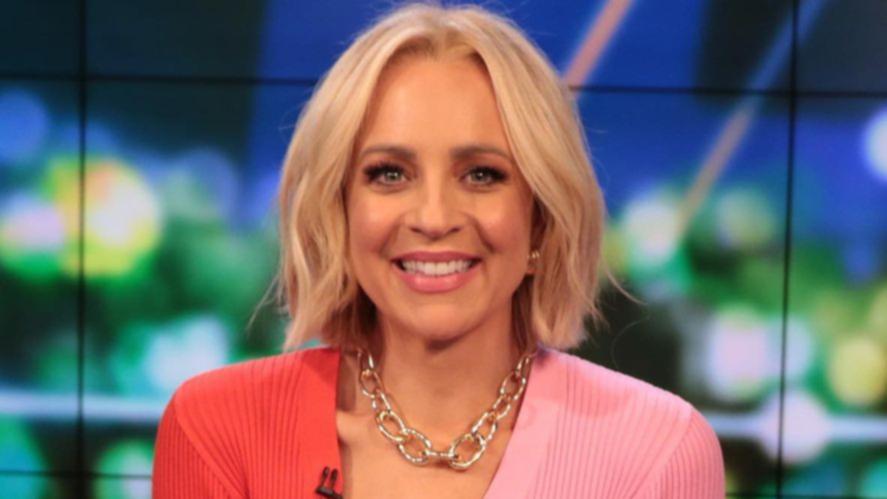 TV’s golden girl Carrie Bickmore reportedly earns more than a million dollars a year for her performance on The Project — way more than some of the country’s other top TV hosts.

The news comes after it was revealed that she had surprised ten executives with her sudden announcement last Tuesday that she would be leaving the main news panel.

A leaked memo from Bickmore’s latest round of contract negotiations revealed the former West Australian was set to earn a seven-figure sum for three days’ work, The Australian reports.

That offer is far more than some of the country’s top breakfast hosts, including Sunrise veteran David Koch, who reportedly earns around $800,000, and his co-host Natalie Barr.

Bickmore is also reportedly paid more than Channel Nine’s Tracy Grimshaw, who some believe she could replace.

The publication claims that the broadcaster was paid even more in the early years of The Project, when she appeared at the table four nights a week.

Back then, Bickmore, who also hosts a radio show, was reportedly making between $1.3 million and $1.4 million.

The only Australian TV presenters to see that kind of money are Today’s Karl Stefanovic and Seven’s Sonja Kruger, who both work full-time on multiple shows.

Bickmore broke down on air last week when she revealed she was stepping down from her role to spend more time with her family and “find myself” outside of the TV show.

An air date for her final episode has not been confirmed, but Bickmore revealed that she will be done by the end of the year.