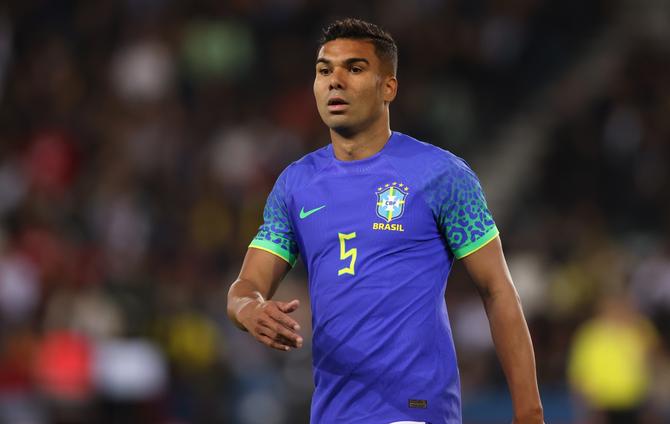 However, many have tipped Tite’s side to end that drought this year, with the Seleção topping the FIFA world rankings ahead of the tournament and the likes of Neymar and Vinicius Junior starting the club season in fine form.

Speaking to Manchester United news channels, Casemiro said: “There are two sides to this. Of course, there’s no getting away from the fact that Brazil is the favourite, but favorites don’t always win in football, favorites aren’t always champions.

“We know our responsibility, we know we have to respect the teams we face.

“When we talk about Brazil, it’s inevitable, although we do it by keeping our feet on the ground and treating our opponents with great respect.”

With 65 senior club caps under his belt, Casemiro looks certain to feature when Brazil open their Group G campaign against Serbia on November 24, and could be joined by United team-mate Anthony.

The winger has scored three goals in his first six Premier League appearances since joining the Red Devils from Ajax and is now hoping to make an impact for the Brazil national team on the biggest stage of all.

“My first call-up to the Selecao was this year, so it’s a great experience for me,” said Antoni in an interview alongside Casemiro.

“I’ve always dreamed of wearing a Brazil shirt, today I can make that dream come true before the World Cup.”

“It is very important for me to wear the national shirt, to represent your country and your family. I hope to wear it more and more and make history with the Brazilian national team.”