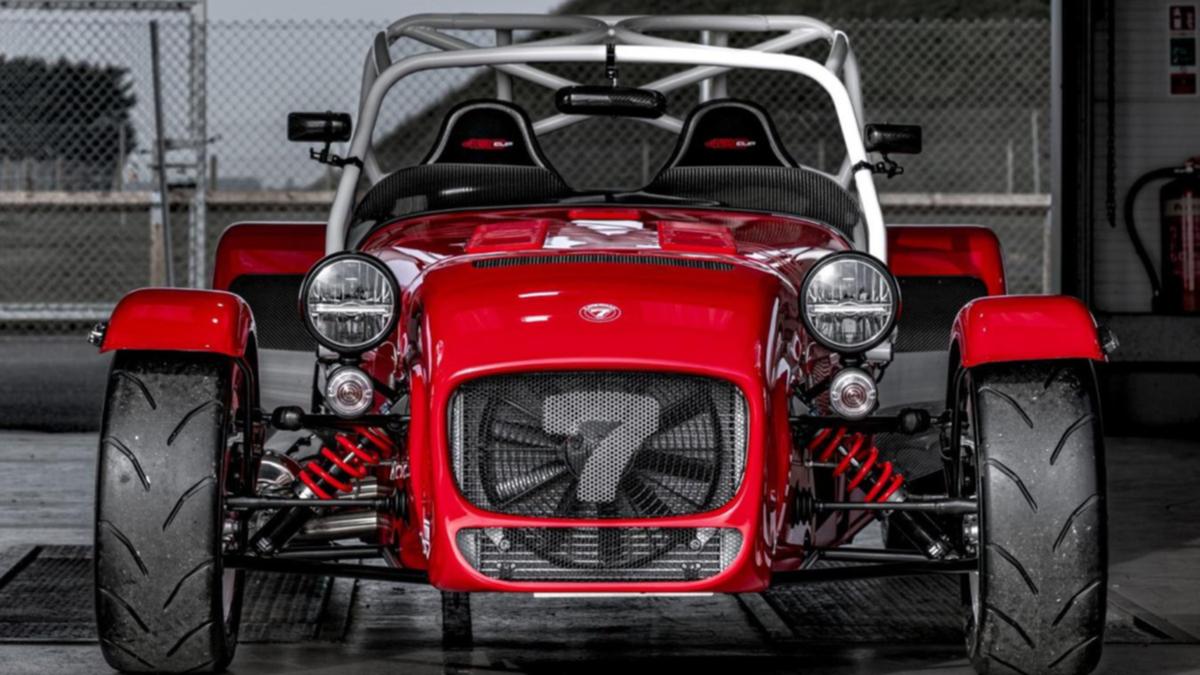 Caterham will continue to make its petrol seven for some time to come, but it is working on both an electric version and a new electric roadster.

This was announced by the general director of the company, Bob Lashley Coach work on an electrified seven is in full swing, although the owners of Caterham did not ask for such a car, but the company is in no rush to launch it.

Several experimental versions have also reportedly been privately built, although a production model is expected to be at least five years away.

“From the beginning, Caterham’s history has been focused on repurposing OEM components in creative ways,” said Mr Lashley.

“If I want to do that with the Seven EV, where do I get the ease? We are still in the early stages of developing small electric vehicles. Details are conservative and heavy.

“We would never want to produce a 1,000kg Seven. We would rather not do that.”

His ideal Seven EV is one that weighs less than 700kg and delivers “20-15-20” performance, where owners can hit the track fully charged, drive fast for 20 minutes, charge for 15 minutes and then do it again.

“If we can’t deliver a Seven that can do it, we shouldn’t run it,” he said.

Caterham has finally ruled out the possibility of offering a hybrid model.

“We are about lightness. Why would we build a car that needs two separate transmissions? That would be a terrible trade-off,” Mr Lashley said.

As for other planned electric cars, Mr Lashley says at the moment it’s “just an idea in people’s heads”, but the company’s new Japanese owner, VT Holdings, is keen to make it a reality.

The planned EV won’t be as utilitarian as the Seven, nor will it be as affordable, but it will be produced at a new plant in larger volumes than the Seven.

It is reported that it could be introduced in 2026, earlier than the Seven EV.

“It certainly won’t be a Seven,” said Mr Lashley, “but it will have all the characteristics that today’s Caterham customers know so well: lightness, simplicity, maneuverability and performance.”

“Like the Seven, it will have a steel spaceframe (but different) because they are easy to modify in production if needed. It will have a six-panel body in either aluminum or carbon: two side sills, two doors plus clamshell-shaped openings at the front and rear.

“It will be nicer and more modern than the Seven – those will be big advantages – and maybe it will have a roof. We are designing it as a pure EV from the start, with only rear-wheel drive, and it will be registered under SVA regulations.”

The single vehicle approval scheme is a pre-registration check for cars that have not been approved to British or European standards, and is usually used for kit cars and very low-end cars.

Caterham has tried to introduce a companion model to the Seven before. The C120 coupe was co-developed with Renault, but in 2014 the British brand’s boutique ran out of funds and the project was scrapped.

Renault’s efforts, however, have reached production in form Alpine A110.

As for Caterham’s iconic petrol seven, it will be in production for at least another decade, even if the UK’s proposed ban on petrol and diesel cars in 2030 goes ahead, as Caterham still sees export potential beyond that date.

The Seven was first conceived by Colin Chapman as a Lotus back in 1957, with Caterham acquiring the rights after Lotus ceased production in 1972.

Over the years, it has used transmissions from many other companies, including Ford, General Motors and Rover.

Powered by Suzuki’s 660cc turbocharged three-cylinder engine with 63kW of power and 116Nm of torque, it weighs just 440kg and has a power-to-weight ratio of over 126kW per tonne.