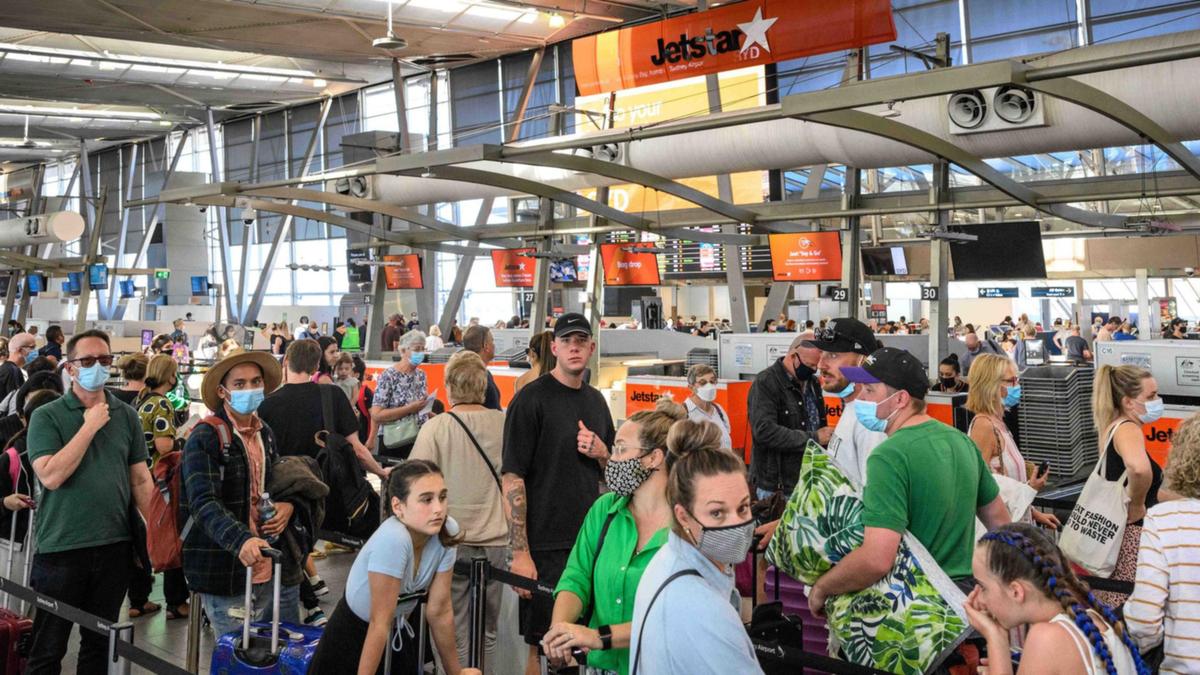 Australian travelers can expect long delays for most of April as the chaotic scenes at Sydney Airport continue for the sixth day in a row.

But this has led to long delays, long queues coming out from under the building, problems with check-in and canceled or missed flights.

At Melbourne Airport on Monday, Easter and Grand Prix travelers were dealing with long delays and numerous flight changes, with Nine reporting that people slept at the airport at night so as not to miss their flight.

The problems the airport was already dealing with worsened when the Qantas luggage strap broke, causing further frustration among customers.

These problems could continue until the end of the month, when there is no long weekend on Anzac Day, and school holidays in Queensland (April 18), Victoria and New Wales (April 25) end later in April.

Customers from Sydney and Melbourne and Qantas airports were advised to arrive two hours before the domestic flight to catch the plane on time.

But many travelers report long delays in check-in through the terminal, as well as subsequent failures as they await boarding on their flight, on asphalt, in the air and with their luggage upon arrival.

“The long weekend for Easter and Anzac Day will be busy again, and we advise travelers to arrive at least two hours before domestic flights and three hours before international flights,” said a spokesman for Sydney Airport.

The high level of absenteeism among workers due to Covid protocols and mandatory isolation is one of the main problems, as a result of which airports are insufficient at one of the busiest times of the year.

Mr Joyce also blamed returning travelers, in part for the long delays, calling them “inappropriate” on Friday and “rusty” at ABC News’s breakfast on Monday.