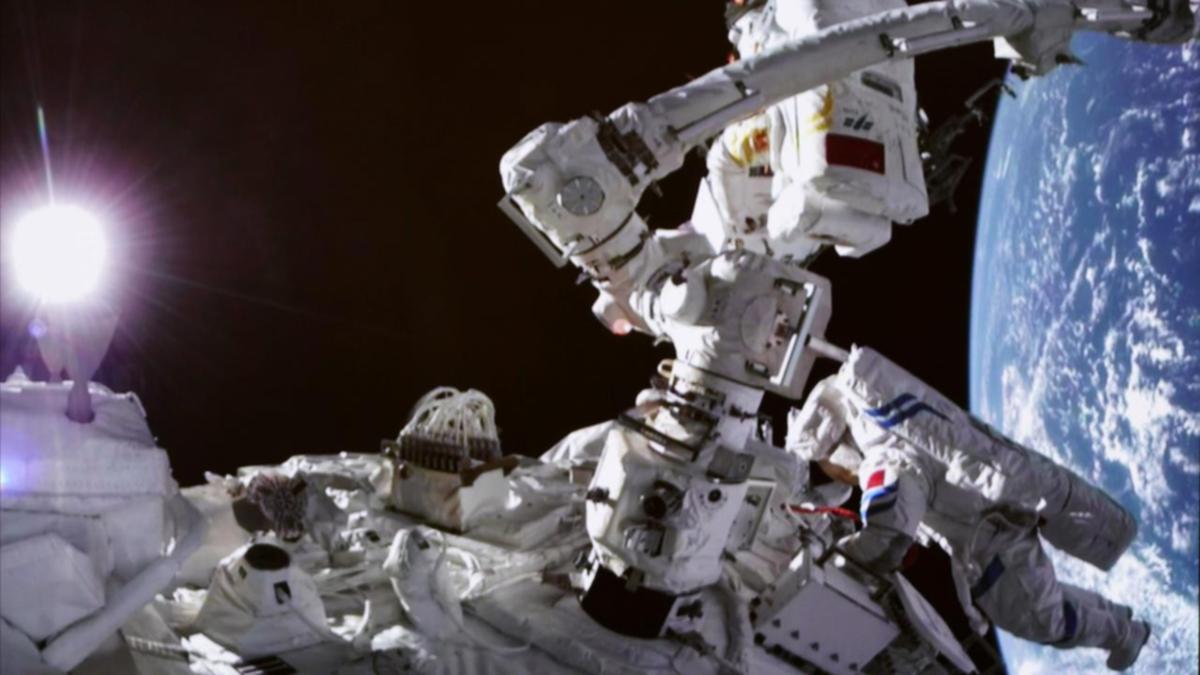 Two Chinese astronauts have made a spacewalk from the new space station, which is due to be completed this year.

On Saturday, Cai Xuzhe and Chen Dong installed pumps, a handle to open the hatch door from the outside in case of emergency, and a stop to fix the astronaut’s legs on the robotic arm, state media reported.

China is building its own space station after the US kicked it out of the International Space Station because its military runs the country’s space program.

U.S. officials see many strategic challenges in China’s space ambitions, echoing the U.S.-Soviet rivalry that fueled the race to the moon in the 1960s.

The latest spacewalk was the second during a six-month mission that will oversee the completion of construction of the space station. The first of the two labs, a 23-ton module, was added to the station in July, and the second is due to be sent later this year.

A third crew member, Liu Yang, supported the other two from the inside during the spacewalk. Liu and Chen made their first spacewalk about two weeks ago.

They will be joined by three more astronauts near the end of their mission, bringing the station to six people for the first time.

China became the third country to send a man into space in 2003, after the former Soviet Union and the United States.

It sent rovers to the Moon and Mars and brought samples of the Moon back to Earth.