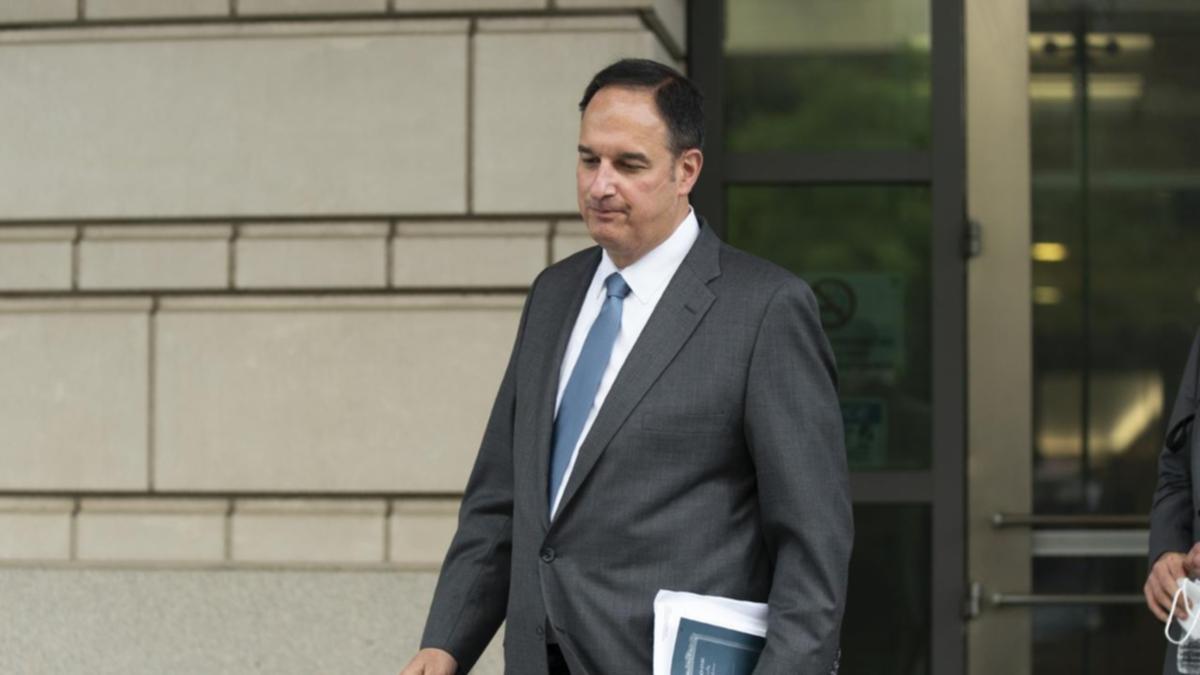 Company lawyer Hillary Clinton in 2016, accused of lying to the FBI, tried to “use and manipulate” US federal law enforcement to create an “October surprise” in the last weeks of the presidential race, according to the prosecutor.

Michael Sasman is accused of misleading the FBI during a meeting in September 2016, telling the bureau’s attorney general that he did not act on behalf of a particular client when he provided computer data that he said could link the Russian government to the then candidate Donald Trump.

In fact, prosecutors say, he acted on behalf of Clinton and another client who passed the data to him.

He lied, prosecutors told the jury, hoping to “surprise” the FBI’s investigations into Trump and negatively cover him in the news, and because he knew the FBI would find the information less reliable if it was provided by Clinton’s company name.

But Zusman’s lawyers sought to counter each of the prosecution’s allegations, presenting him as a respected lawyer with extensive experience in law enforcement intelligence who never lied to the FBI and never lied.

That he represented Democrat clients was well known to the FBI, and he didn’t want to hide anything.

“He was someone the FBI knew represented party clients,” said attorney Michael Bosworth in his opening remarks.

In any case, Bosworth said, it would be impossible for prosecutors to prove that Sasman was lying because only he and the FBI lawyer he met, James Baker, were present and no one was making notes.

Five and a half years after the meeting, Baker’s memory of what was said was “clear as dirt,” Bosworth said.

Sasman’s trial is the first to stem from an investigation by Special Prosecutor John Durham into an initial FBI investigation into alleged Russian government interference in the election and potential links to Trump’s campaign.

Although Durham was believed to have focused, at least initially, on the misconduct of government officials during the investigation in Russia, Zusman’s case alleges that the wrongdoing was committed by an FBI tipper, not the FBI itself.

Early acknowledging the political burden of the case, Shaw urged jurors to put aside any feelings they may have about Trump, Russia or Clinton.

Rather, she added: “We are here because the FBI is our institution. It should not be used as a political tool.”

It is about a meeting on September 19, 2016, at which Sasman presented Baker, then the FBI’s general counsel, computer data collected from other clients, which allegedly showed hidden contact between the Trump Organization’s computer servers and Russia’s Alfa-Bank.

This connection, if true, would have been explosive at a time when the FBI was investigating whether the Trump campaign and the Russian government were going to influence the election.

The FBI investigated the data, but found nothing wrong, and instead the message reflected what Shaw called a “spam email server” used to send marketing.

“The server did not report the crime,” Shaw told the jury, “and it was not a threat to national security.”