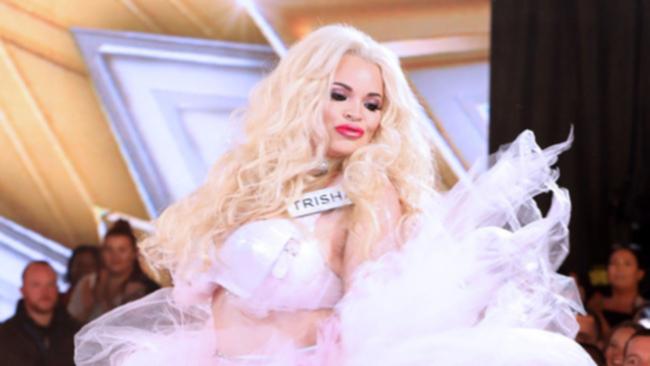 Content creator Trisha Paitas has given birth to a daughter, and the name is a little different, but you’ve probably heard the name before.

The social media star – who ditched pronouns in July 2021 – welcomed their little one with husband Moses Hackman on Wednesday.

The 34-year-old YouTuber wrote on Twitter: “She has arrived. Malibu Barbie Paitas-Hackmon.”

Paitas announced her pregnancy in July by posting a sonogram photo on Instagram.

He wrote: “Mom and Dad. Best #Valentine’s gift ever!” and Trisha commented: “Thanks for the best gift ever. You have officially made all of my dreams come true, this baby is going to be very much loved.’

Earlier this week, Paytas was forced to deny online rumors that they had given birth to Queen Elizabeth after internet users made memes about the Queen being reincarnated as the social media star’s baby.

In a TikTok video, she addressed the memes and apologized to the royal family.

“I was so embarrassed… I really don’t even know how it blew up,” they said.

“I feel it was in bad taste for me to say anything.”

Paytas has over 7 million TikTok followers and almost five million Youtube subscribers, and has appeared in several reality TV series in the US and UK.