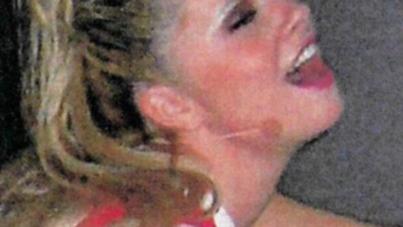 The 2014 cast of The Rocky Horror Show told the court that the woman Craig McLachlan is suing for libel was used to show people on the set “photos of her poop.”

The 56-year-old man claims that media companies and Ms. Whelan Brown denigrated him by publishing stories in January 2018 that he said falsely portrayed him as harassment and bullying of the musical’s 2014 performers. He denies the allegations.

Australian actor and singer Brendan Irving, who played Rocky during the show’s show in 2014, appeared as a witness on the eighth day of the trial.

Mr Irving told the jury that Ms. Whelan Brown “argued” with the director during rehearsals – a trait he found unusual during production.

He told the court that Ms. Whelan Brown would also seek to show photos of the actors on her phone during production.

“She went through a phase of photographing her stakes and showing them to the actors,” Irving told the court.

“Her humor didn’t match mine.”

Actor Ian Rooney, who worked with Mr. McLachlan on the ABC series “Dr Blake Mysteries,” also appeared in the witness stand and told the court that Mr. McLachlan had a reputation for “very kind, warm and loving.”

He kept in touch with Mr McLachlan after being accused of sexual harassment.

“He was stunned and shocked by the charges,” Mr Rooney told the court.

“He couldn’t believe what was being said and he would fight the charges.”

McLachlan’s friend from the Central Coast, Kelly Chandler, confirmed the actor’s reputation and told the jury that he was a “handsome man” who was “kind and caring”.

A few months after the broadcast, Ms. Chandler visited Mr. McLaughlin, but he did not leave his room to see her, which “broke her heart,” she told the court.

“I couldn’t imagine why he didn’t want to see me… he is the shell of himself the former,” Ms. Chandler said.