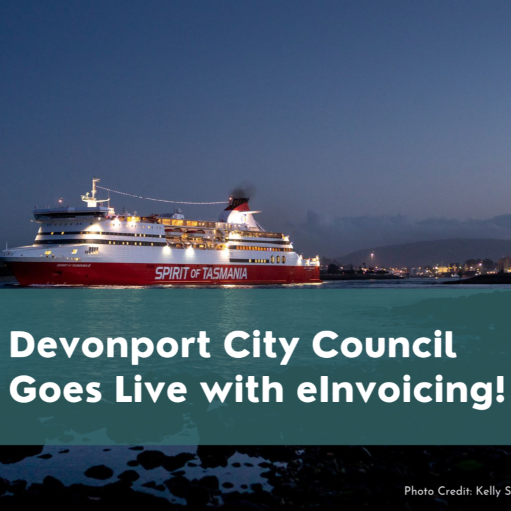 The Tasmanian Council has signed an agreement with a leading provider of access points, Link 4and began working with invoice documents delivered to the ERP TechnologyOne Board platform.

Jeffrey Griffith, deputy director general of Devanport City Council, said the move to electronic invoicing would be significantly beneficial to all financial procedures of the Council and its suppliers.

“We were very excited and fully prepared to experience the positive impact of electronic invoicing,” Mr. Griffiths said.

“Davenport City Council is a leader in the adoption of digital technology, consistently showing that digital business is not a choice but a necessity.”

At the implementation stage, Link 4 successfully delivered electronic invoices between BOC Gas and Devanport City Council. Now that the solution works in a production environment, Board suppliers who are in the Peppol network can also instantly deliver invoices.

In addition, through Link4, Devanport City Council was able to find out how many of its suppliers are ready for electronic invoicing.

“It’s amazing to see how eInvoicing can change the billing procedures for any public or private institution. It’s a smarter, more efficient and safer way to do business, ”Mr. Sands added.

“We are really excited to be a part of this project. This is exceptionally special for Link4, as it is the first collaboration between Link4 and EzeScan, a solution that specializes in document capture and digitization of business processes.

“The involvement of the Australian Tax Administration (ATO) team from the outset further demonstrates the importance of the project.”

Mr Sands said Davenport City Council was the first of many local governments to adopt a more secure and efficient e-invoicing process.

“We look forward to supporting more councils as they move to electronic invoicing in the coming months,” Mr Sands added.