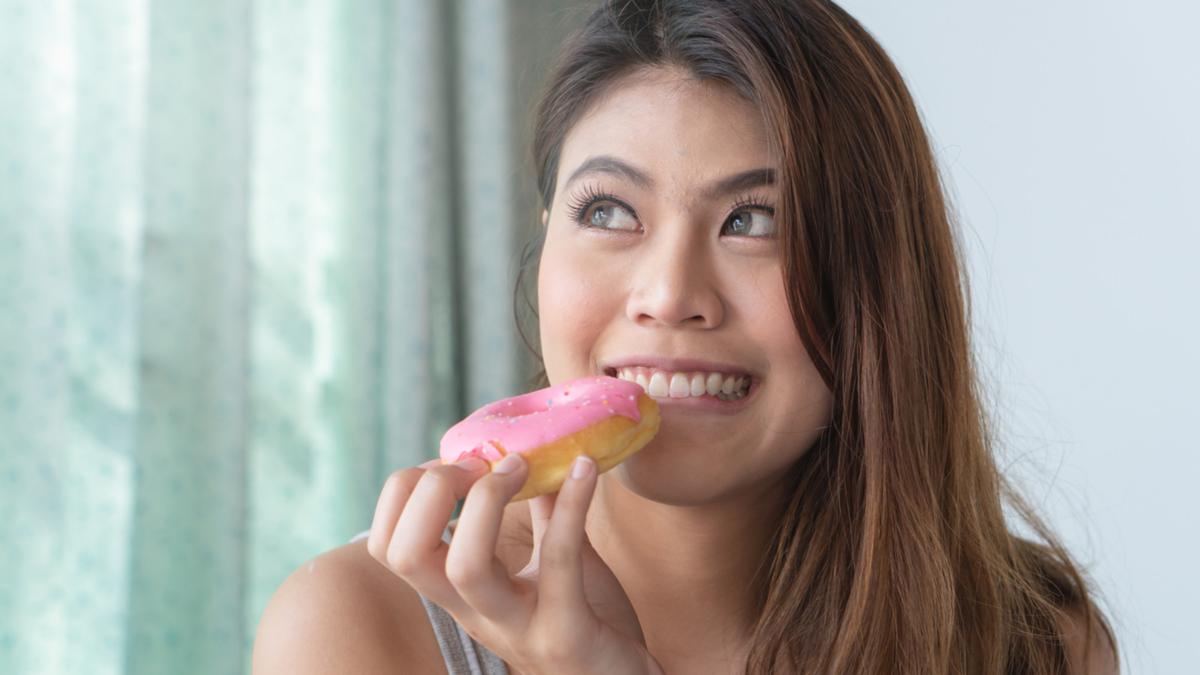 How strict are you about your eating habits?

While some eat what they want and when they want, an increasing number of people I see in clinics rely on “rules”.

And hearing some of these “rules” makes me want to hide my head in my hands.

Take the idea that fruits should only be eaten on an empty stomach because otherwise they “slow down” digestion – there is no scientific basis for this.

This is just one example of many.

Here I will focus on some food mantras that you may be ignoring. In doing so, I hope to help make your eating healthier and happier.

The idea of ​​taking a 30-minute break between eating and drinking has been around for years, based on the belief that drinking even water with a meal dilutes our digestive enzymes.

But your body is smarter than that.

Although drinking water can instantly reduce the concentration of stomach enzymes, the stomach has sensors that ensure the production of as many enzymes as necessary to digest food.

In fact, drinking water with meals is a good idea if you eat too fast and too much, as it can reduce the chance of overeating.

Carbohydrates have gotten a bad rap – they’re blamed for raising blood sugar and weight gain – and as a result many people avoid them altogether.

But for most people, quality carbohydrates — like oats — are a valuable addition to the diet.

They provide a useful amount of fiber (we need 30g per day), and eliminating them can negatively affect our gut microbes that use fiber as a food source.

Moreover, a review by Tufts University in the US, published in 2019, showed that a higher consumption of whole grains can actually reduce the risk of weight gain.

The findings were based on studies involving more than 130,000 participants, making them pretty compelling evidence.

So by all means say no to highly processed white breads, cakes and biscuits, but don’t worry about including whole grains like quinoa and rye, legumes like chickpeas and lentils, and other plant-based carbohydrates.

It seems many people have bought into the idea that fruit is just another source of sugar and therefore plays no part in a healthy diet.

But research shows the opposite. Fruit is high in fiber, vitamins, and other plant-based compounds (called phytochemicals) that are good for our gut microbes, including one group called bifidobacteria.

Low levels of this particular bacteria have been linked to poor mood – which may help explain the results of a review published last year by researchers at the University of Sydney, which showed that eating fruit was associated with a lower risk of depression.

Another thing to know about fruit is that the sugar is combined with fiber, so it won’t cause the spike in blood sugar that fruit juice (which doesn’t have this fiber) can cause.

I would suggest eating two pieces of fruit a day with the goal of eating at least five different types of fruit during the week.

The more varied your fruit intake, the more different phytochemicals your gut microbes will enjoy.

When they are happy, we are happy.

It’s definitely best to avoid any food with a very long ingredient list that contains a lot of words you don’t recognize.

We know that ultra-processed foods—that is, those made primarily with extracts from other foods and containing high levels of fat, salt, sugar, and additives—can affect our gut microbes, promote overeating (due to their low fiber content), and can even affect our mental health.

But there’s no need to demonize all processed foods, not least because our busy lives mean we can’t always make everything from scratch, but also because, frankly, even a good Greek yogurt can be considered processed by some (definition is that the food has been altered from its natural state, often by the addition of other ingredients).

Instead, focus on buying foods with ingredients you know, not additives, in the first four places on the label (ingredients are listed by weight, with the largest amount first).

Canned or frozen foods can sometimes contain more nutrients than fresh foods left on the shelves or in the back of the refrigerator.

A study by Pennsylvania State University in the US, published in the Journal of Food Science, found that fresh spinach lost almost half of its folate (a B vitamin) after eight days of refrigeration.

Frozen vegetables lose some of their nutrients when blanched before freezing, but are otherwise packed with goodness.

Likewise, nutrients are reduced when vegetables are heated during the canning process, but the vast majority are preserved.

Canned tomatoes, black beans, and chickpeas are all staples in my store.

What’s more, using canned or frozen foods can help you include more plant variety in your diet, more cost-effectively and with less risk of wastage.

OK, a homemade casserole will be better for you than a ready-made meal, but that doesn’t mean all homemade food is good for you—or better than store-bought.

I’m not saying one or the other is good for you, but don’t assume that what comes out of your kitchen is automatically healthier than what’s available in stores. It is not so.

Last but not least, this rule is probably one that most people follow religiously – but it’s a rule that’s ripe for ignoring.

Second, not all calories are created equal when it comes to digesting them.

For example, a study published in the journal Food & Nutrition Research in 2010 found that digesting processed foods burned nearly 50 percent fewer calories than digesting whole foods (that is, foods based on vegetables, nuts, and whole grains). grains). .

So my advice is to try to focus your meals on minimally processed whole plant foods (so no ultra-processed vegan burgers and “yes” homemade chickpea burgers) as this naturally cuts down on foods that contribute to weight gain. .

This will provide a healthier and more effective approach to nutrition and weight management.

The liquid part of the yogurt that often separates and comes to the top — the whey — contains key nutrients like protein, calcium, and potassium. So don’t pour it out: blend it or add it to a smoothie for an extra nutritional boost.