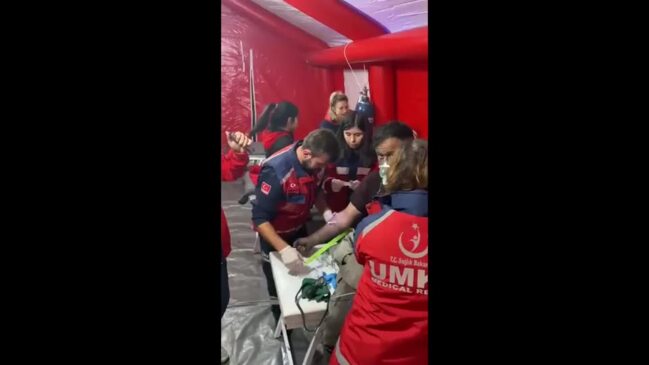 At least 40 workers died on Friday, October 14, as a result of an explosion at a coal mine in northern Turkey, Interior Minister Suleiman Soylu told local media. Soylu said at least 11 others were being treated in hospital. TRT reported, citing Soylu’s statement, that 110 miners were working in the mine when the explosion occurred. The cause of the explosion has not yet been established, the presidency of the Ministry of Internal Affairs for Emergency Situations reported. Footage released by Dr. Fahrettin Koca, Turkey’s health minister, shows a miner receiving treatment after the blast. Further aerial footage shows the response of emergency services at the mine after the explosion. Posted by Dr. Fahrettin Koko via Storyful