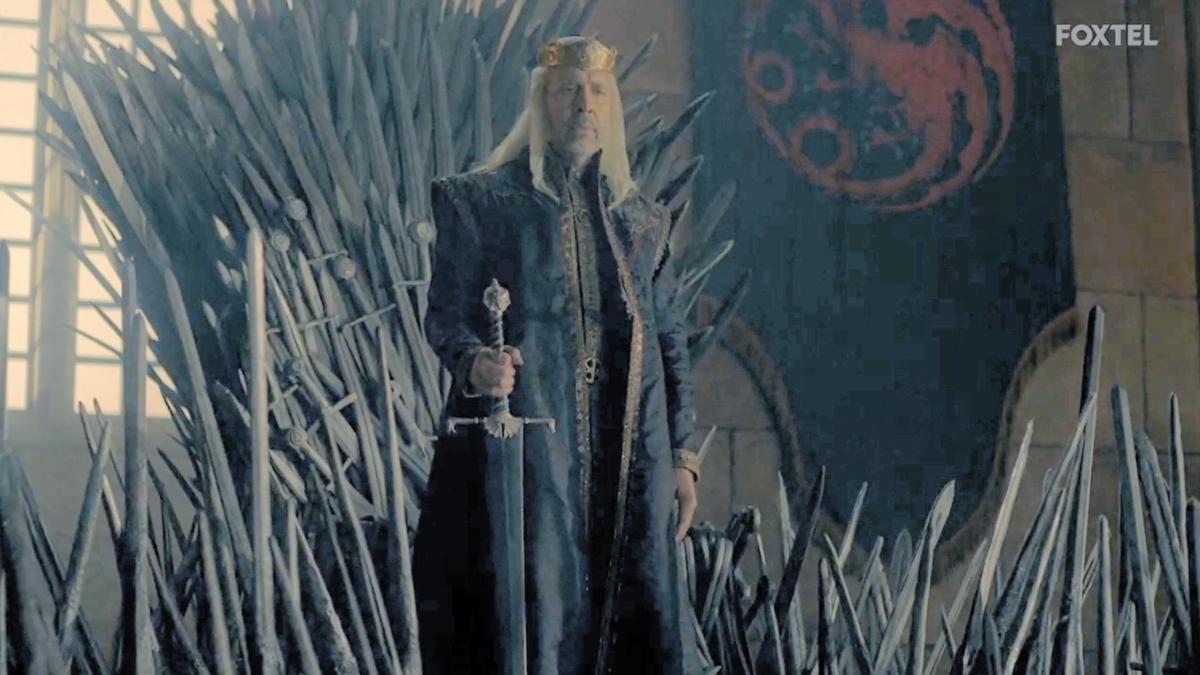 Winter has come and gone with the end of the Game of Thrones, but it is coming again – and very soon.

The new trailer for the long-awaited 10-episode prequel “Game of Thrones” “Dragon’s House” was released ahead of the show’s premiere on August 21, and it hopes to fill the void of the hit HBO series that remained after the end of 2019.

The action takes place 200 years before the original series, tells the story of the beginning of the end of our favorite blonde, the family riding on dragons, the House of Targaryens, as well as the events that led to the Civil War of the Targaryens.

Matt Smith, the actor who played the late Prince Philip in The Crown, will wear royal regalia of a different kind, like Prince Demon Targaryen – the younger brother of King Viserys and heir to the Iron Throne – at the same time with platinum castle fans to be remembered from the GOT.

Judging by the teaser, it matches the hype with menacing shots of a dragon flying over the city before demonstrating its amazing firepower.

The trailer also features the large families of Stark and Baratheon, who swear allegiance to King Viserys Targaryen, played by Paddy Considine, and his heiress, Princess Rainier, played by Emma D’Arcy.

“History does not remember blood. He remembers names, ”the audience hears.

“It’s a different crew, different people, a different tone. Hopefully this will be seen as something else. But it will be necessary to earn – it will not happen in one day. I hope the fans will like it as it is. “

The Game of Thrones premiered in 2011 and for eight seasons became the largest HBO show of all time, receiving 59 Emmy Awards, a record for a drama series.

George R. R. Martin, whose books are based on both series, also signed a five-year eight-figure deal with HBO on further projects.

August 22 in Australia at Binge and Foxtel currents Dragon House.

Dwayne ‘The Rock’ Johnson admits even his ‘cold, dark soul’ was overwhelmed by fan’s cries