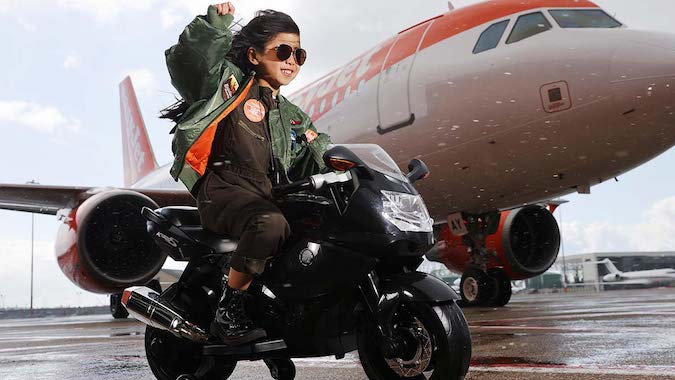 The company also risked nominating the children of true EasyJet employees for the roles of Goose and Maverick.

The photo shows children recreating Maverick’s famous motorcycle ride, a classroom and even a child asking if anyone wants to play volleyball.

The campaign was inspired by a survey of 3,000 British parents, which found that the vast majority still believe that Hollywood continues to spread gender stereotypes.

By recreating scenes from a film that was not made for children, EasyJet seeks to destroy that notion. Let’s hope that the new advertising will revive the imagination of children everywhere and remind that they can be anyone, because that’s how children work.

EasyJet hopes that advertising will inspire more young people to think about a career in aviation. The company’s release comes after EasyJet recently resumed a pilot training program. The airline hopes to attract more than 1,000 new pilots to the industry over the next five years.

Johan Lundgren, CEO of easyJet, spoke about the company.

«Top Gun is one of the most famous aviation films of all time. So we wanted to show young people that they don’t need to be limited by outdated work stereotypes in the industry. Also, highlight the fantastic career opportunities that easyJet has to offer. ”