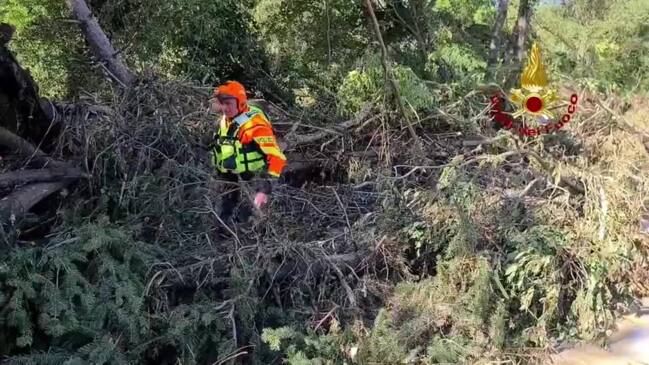 At least nine people have died and four are missing after heavy rain caused severe flooding in central Italy, Ancona prefecture reported in local media on September 16. This video was released by Italy’s national fire service, Vigili del Fuoco, which said it showed rescuers searching for the missing amid mud and fallen trees in Cerro de Conti in Italy’s Marche region. Parts of central and southern Italy, including the Campania and Lazio regions, remained on an orange alert on Friday as rain and strong winds were expected to continue into the afternoon. Posted by Vigili del Fuoco via Storyful