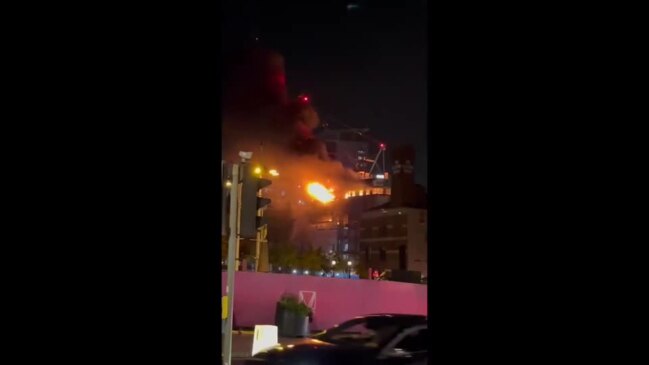 Emergency crews worked to tackle a fire at an “abandoned” building in Leeds, England, on Saturday, October 15, according to West Yorkshire Fire and Rescue Service. Fire department officials reported that buildings in the area were evacuated. The fire department declared the building “potentially dangerous”. Videos shared by Will Dunaway on Saturday show flames and plumes of dark smoke rising from a building in Leeds. Local news reports said the flames were spreading to construction sites in the area, and the fire was reportedly close to the construction site of the Hilton Hotel in Millennium Square. Posted by Will Dunaway via Storyful