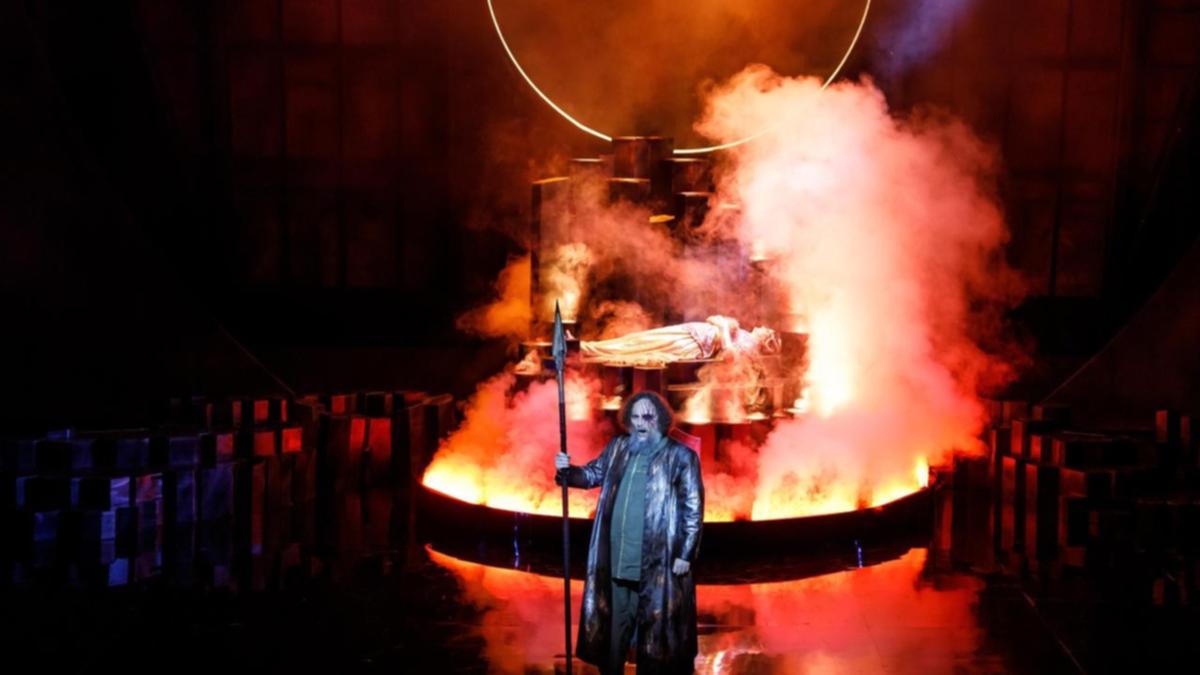 The Wagner Ring cycle is perhaps the most ambitious show any opera company can pull off, but Melbourne Opera is upping the ante by staging the 15-hour epic in country Victoria.

According to artistic director Greg Hocking, this comes with special challenges, such as finding 150 beds in the city of Bendigo so artists can stay overnight.

“Bendigo will be glad to see us at the back. All of them will be excluded from Wagner,” he said.

The ring is so elaborate that it has only been put on a handful of times in Australia and never before in a regional town.

“I think we’re the fourth original production in 150 years, which shows how difficult it is,” Mr Hawking said.

The company began work on a four-part cycle in 2021, staging “Golden Rhine” and “Death of Valcouré” over two years.

Now world-renowned conductor Anthony Negus has arrived from the UK to conduct the third movement, Siegfried, at the Melbourne Concert Center on 25 September.

Mr. Negus is considered one of the world’s best conductors of the Wagnerian repertoire.

He said it was vital for companies new to the material to take parts of “The Ring” one at a time before staging all four operas.

“It’s a very, very ambitious project, but where there’s a will, there’s a way,” he told AAP.

The conductor admitted that he sometimes missed Mozart or Schubert, but said that Wagner “completely repays” the long periods of devotion to his work.

“I want to say what an honor it is to live with this incredible musical drama for so long,” he said.

It will all culminate with The Ring Cycle cultural festival in Bendigo from March 24 to April 30, which will feature three full Ring Cycles over six weeks.

The $5 million production will provide work for more than 250 performers and crew, with thousands of opera lovers expected to visit Bendigo for the festival.

Tickets for all four operas start at $900, but half have already been sold, according to Mr Hawking, who said opera lovers from around the world would have to turn away.

The regional production comes during a year when national company Opera Australia has not programmed any fully staged operas for Victoria.

From March 24 to April 30, Melbourne Opera will perform Wagner’s Ring cycle in Bendigo for six weeks.

The Siegfried concert will take place at the Melbourne Concert Center on September 25.