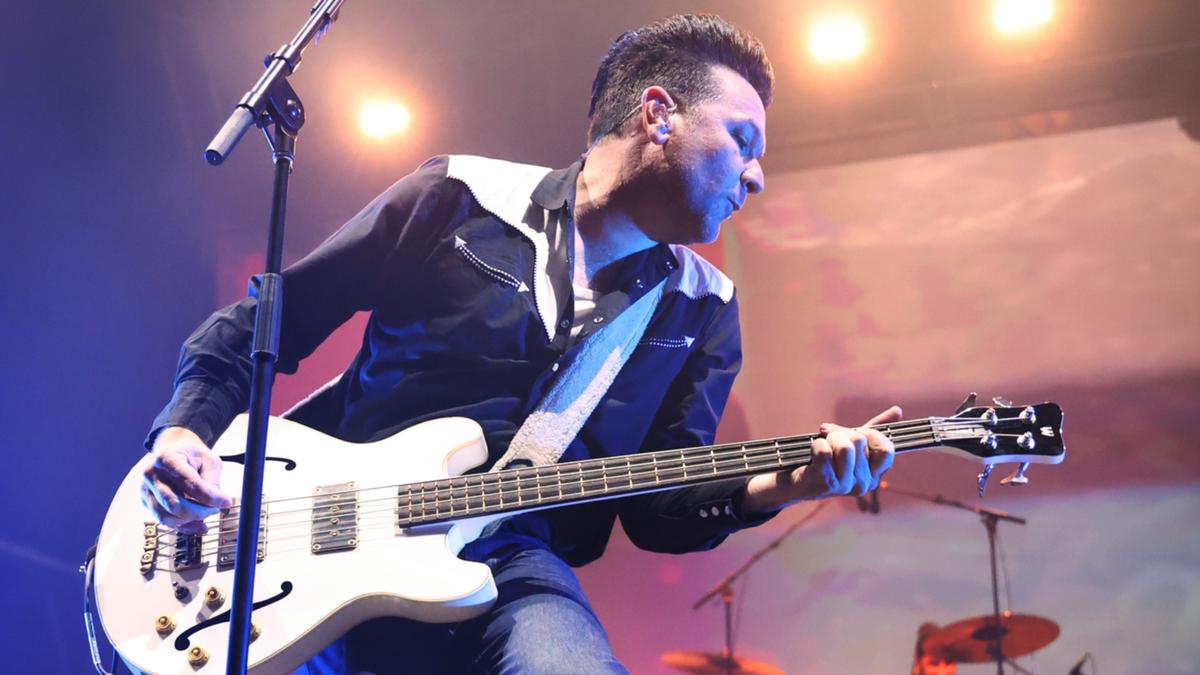 The world somehow repeated itself for Eskimo Joe at a packed Fremantle Arts Center on Saturday night, in a great full-circle moment for the alternative rock band.

After all, it was in the windy coastal town that neighbors Kavien Temperley and Joel Quartermain asked childhood friend Stuart McLeod to form a band for a university competition some 25 years ago.

Fast forward more than two decades later and the band, who have become the quintessential Australian music scene, have a whopping 35 ARIA nominations and six studio albums under their belt.

The show, which opened with a hypnotic set from former Magic Dirt frontwoman Adalita, has been a long wait for eager fans, having been pushed back from its original date in March due to COVID-related restrictions.

And while the band may have played to a crowd mostly wearing beanies and blankets, their performance kept the atmosphere warm, with frontman Temperley fondly reminiscing about the times spent in their Baker Street jam room with other local bands such as fellow alt-rockers Gyroscope and Sleepy Jackson.

Eskimo Joe fans were joined by longtime drummer Paul Keenan and keyboardist Timothy Nelson for two hours of hits including popular singles From the Sea, New York, Sarah and – in a hauntingly beautiful performance – London Bombs.

However, undoubtedly the biggest reaction from the crowd was their performance of Black Fingernails’ most popular single, Red Wine.

“If it wasn’t for that song, we probably wouldn’t be here,” Temperley admitted.

“This album changed our lives forever. We sat down in the summer of 2005 and wanted to write an album that was unabashedly Australian.’

The band’s obvious connection to their roots was reflected in their closing number, How Does It Feel, where Temperley sensitively encouraged the crowd to hug someone close and sway to the introspective track.

But after roaring fans demanded more, they came back even further with a blistering encore set that opened with infectious 1998 single Sweater, followed by Love Is a Drug.

As Temperley noted, it was nice to play rock songs a stone’s throw from John Curtin College of Art, where he and McLeod attended high school.

Finally, they left it all behind on stage with Inshalla’s lead single, Foreign Land. If one thing was clear from the night, though, it was that Eskimo Joe’s heart really was at home the whole time.