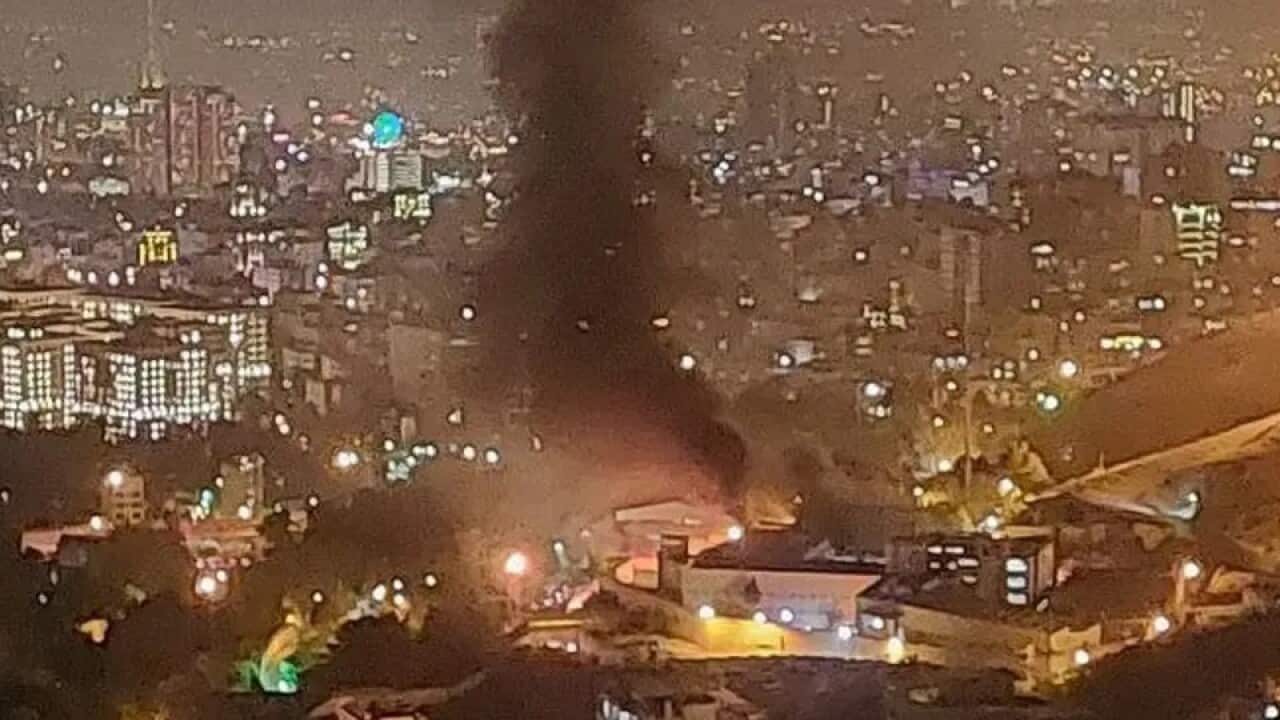 According to eyewitnesses, gunfire broke out at a prison in Tehran, where political prisoners and dual nationals are held, and smoke is rising above the prison.
State media quoted a security official as blaming “criminal elements” for the unrest that erupted after nearly a month of protests across Iran. A 22-year-old Kurdish Iranian.

The official said calm had returned, but one witness said gunfire could still be heard.

“The roads leading to Evin Prison are closed to traffic. There are many ambulances here,” said a witness contacted by Reuters. “Still, we hear gunshots.”
Another witness said that the families of the prisoners gathered in front of the main entrance of the prison. “I see fire and smoke. A lot of special forces. Ambulances are also here,” they said.
The activist website 1500tasvir published video footage showing special forces on motorcycles heading towards the prison.

The prison mainly holds inmates who face security threats, including Iranians with dual citizenship. He has long been criticized by Western human rights groups, and in 2018 the US government blacklisted him for “serious human rights violations”.

Siamak Namazi, an Iranian-American who has been imprisoned for nearly seven years on espionage charges that Washington has dismissed as baseless, returned to Evin on Wednesday after a short leave, his lawyer said.
Human Rights Watch accused the prison authorities of using threats of torture and indefinite imprisonment, as well as prolonged interrogations and denial of medical care to detainees.
The unrest at Evin prison followed nearly a month of protests across Iran since Ms Amini died on September 16 while in custody for “improper clothing”.

The protests have become one of the most serious problems for the Islamic Republic since the 1979 revolution.