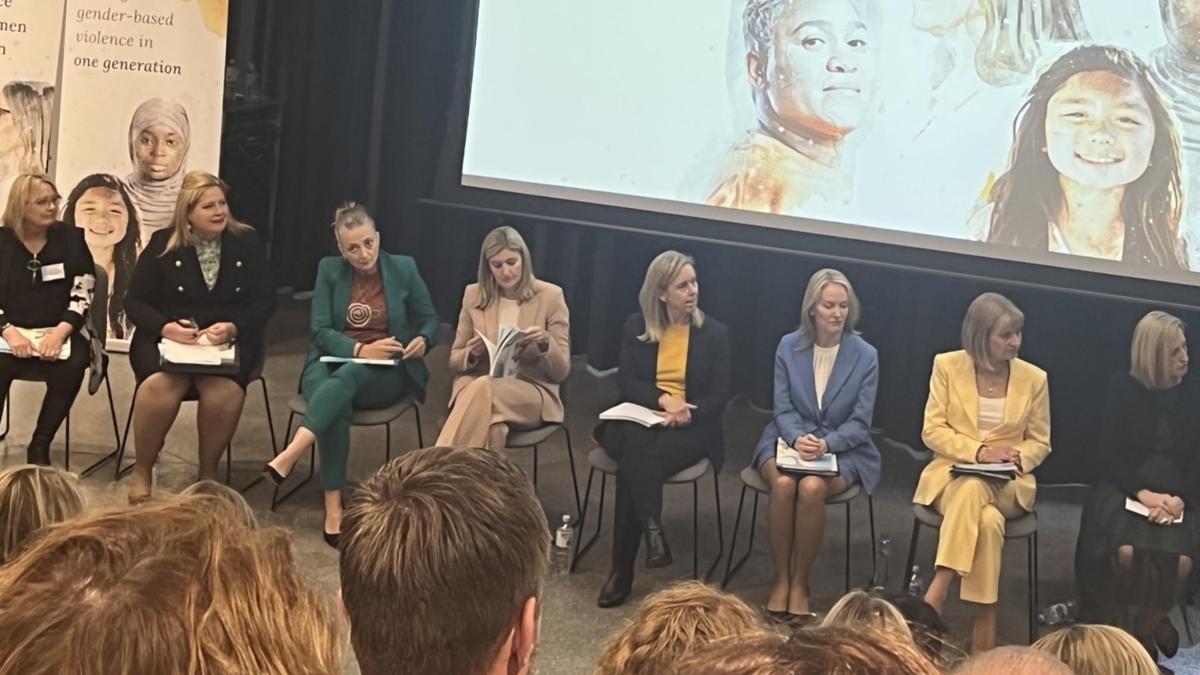 A federal minister has defended the exclusion of Indigenous women from a panel announcing a national plan to end gender-based violence, despite harrowing details for First Nations.

Minister for Women’s Safety Amanda Rishworth was pictured with state and territory colleagues in Melbourne on Monday to launch the National Plan to End Violence Against Women and Children.

However, not all of the politicians who gained attention after the release were Indigenous, despite the fact that there are Indigenous women in federal parliaments and in the parliaments of several states or territories.

Ms. Rishworth said domestic violence has “significant epidemic proportions” and other steps have been taken to ensure First Nations voices are central to the report, despite their absence from the panel.

“We have made it very clear how Aboriginal and Torres Strait Islander people are included in this plan,” she told reporters.

“Work is very important; we have made a commitment to close the gap in terms of goals per team, so we are fully committed to ensuring that.

“We want to work with Aboriginal and Torres Strait Islander communities to develop this plan.”

When asked when this plan might happen, she could not “dictate a timeline” for its release.

One woman in Australia dies every 10 days at the hands of her current or former partner, Ms Rishworth said.

The new 10-year plan will aim to end violence against women and children within a generation.

The focus will be on recovery, as well as engaging both men and boys and highlighting the importance of addressing sexual violence in all its forms.

The national plan is the second of its kind, the previous edition being published by then Prime Minister Julia Gillard in 2010.