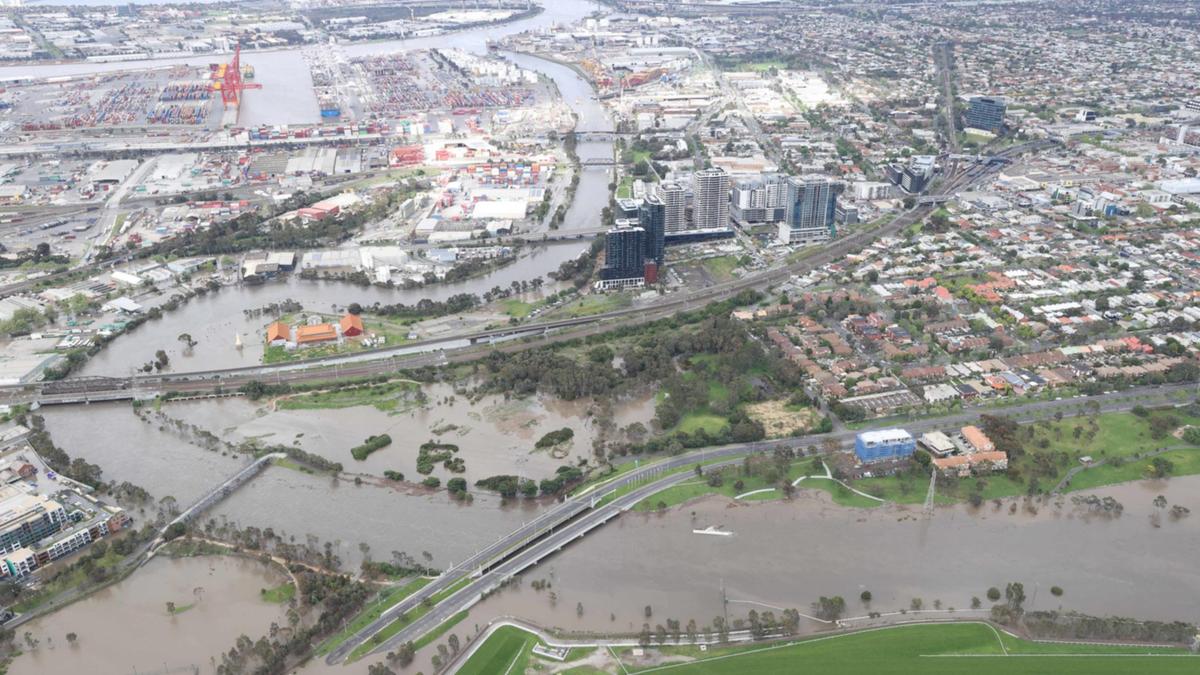 Victoria could face “some of the largest evacuations” in the state’s history in the coming days as floodwaters continue to rise.

Another evacuation was carried out overnight on Saturday due to rising river levels.

A major flood warning was issued at around 3am on Sunday for the rising Goulburn River and residents were urged to evacuate immediately.

Residents in Shepparton, Murupna, Orvale and Kiala West were told it was too late to leave their areas on Sunday morning.

Vic Emergency said there was major flooding in Shepparton, with a peak of around 12.2 meters possible early Monday, surpassing the 1974 flood level of 12.09 metres.

“This updated emergency warning replaces the emergency evacuation notice issued at 1.55am.”

“The strong rise in the river will continue on Sunday in Shepparton, where the level is likely to exceed 12.10 meters by 6pm on Sunday, before peaking at around 12.20 meters early on Monday.”

Prime Minister Daniel Andrews warned it was not over yet, with more rain expected next week.

“We are not from the forest. Far from it.”

Victoria’s emergency chiefs also warned Victoria could see “one of the biggest evacuations” in the state’s history next week.

The number of evacuation warnings across Victoria has reached a record high.

Emergency evacuation warnings have been issued across the state, with particular urgency for those in Carysbrook, Rochester, low-lying areas across the Goulburn Valley and Seymour Township, with countless other watch and action notices affecting other areas.

A well-respected member of the Rochester community sadly died in his front yard during the unforgiving weather on Saturday morning.

Victorian-born Kevin Wills, 71, had lived with his wife in the High Street for years and the community was reeling from the loss.

Mr Wills’ wife was also found trapped in the property by emergency services but was rescued safely.

About 8,000 properties are already submerged around the Goulburn Valley.

About 6,000 properties are currently without power in the north of the state.

Mr Andrews announced a package of support for those affected by the crisis, with more than 2,000 applicants already applying for help.

People who need additional help can contact the address here.

The Prime Minister also said that he had written to the CEOs of the banks with a request to postpone payments on mortgage loans during extraordinary events.

Mr Andrews and emergency service providers reiterated the importance of not driving through floodwaters and heeding evacuation orders, as more than 350 people have so far required emergency rescue.

“More than 200 were hit by houses, 150 by people driving through the flood and 10 by overturned cans,” Victoria Police Assistant Commissioner David Clayton said.

Federal Defense Minister Richard Marles announced on Saturday that additional personnel from the Australian Defense Force would be deployed to assist in the ongoing crisis, joining the 80 already providing assistance.

Along the Maribyrnong River, more than 60 homes were covered in thick mud after water rushed into their homes.

Former Opposition Leader and Maribyrnong federal MP Bill Shorten visited those worst affected as they worked to clear the mess from their properties.

Emergency Commissioner Andrew Crisp warned that while stable weather was expected in the coming days, another low pressure system would soon hit the already wet state as early as next week.

“Wednesday night we could see about two to 10mm of falls in north-west and central Victoria,” Mr Crisp said.

He said residents could expect to prepare for up to 5-10mm on Thursday with localized falls of up to 20-30mm.

“It moves further north-eastwards on Friday and we could see rainfall of up to 50mm.”