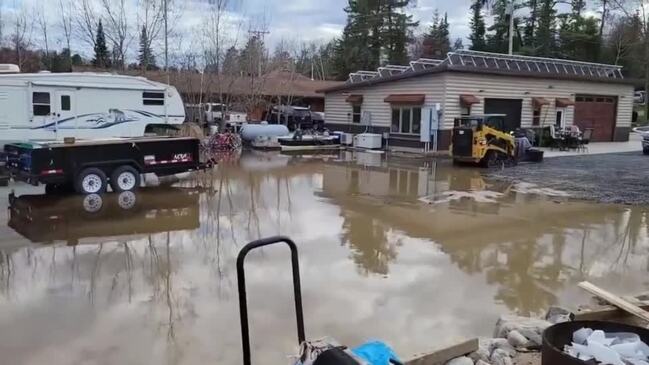 The National Weather Service (NWS) issued a flood warning in northern Minnesota on May 16 as heavy rains and melting snow threatened lakes, rivers and lowland areas. The footage, taken by Larry Stanchfield, shows partially underwater cabins on Lake Crane, near the U.S.-Canada border in northeastern Minnesota. The NWS said operations were underway to assemble in sandbags, “especially around Hunter Lake and Bowman (Side).” The flood warning was in effect in the area until May 18, NWS reports. The service said strong thunderstorms were expected in the region on Thursday night. Credit: Larry Stanchfield through Storyful