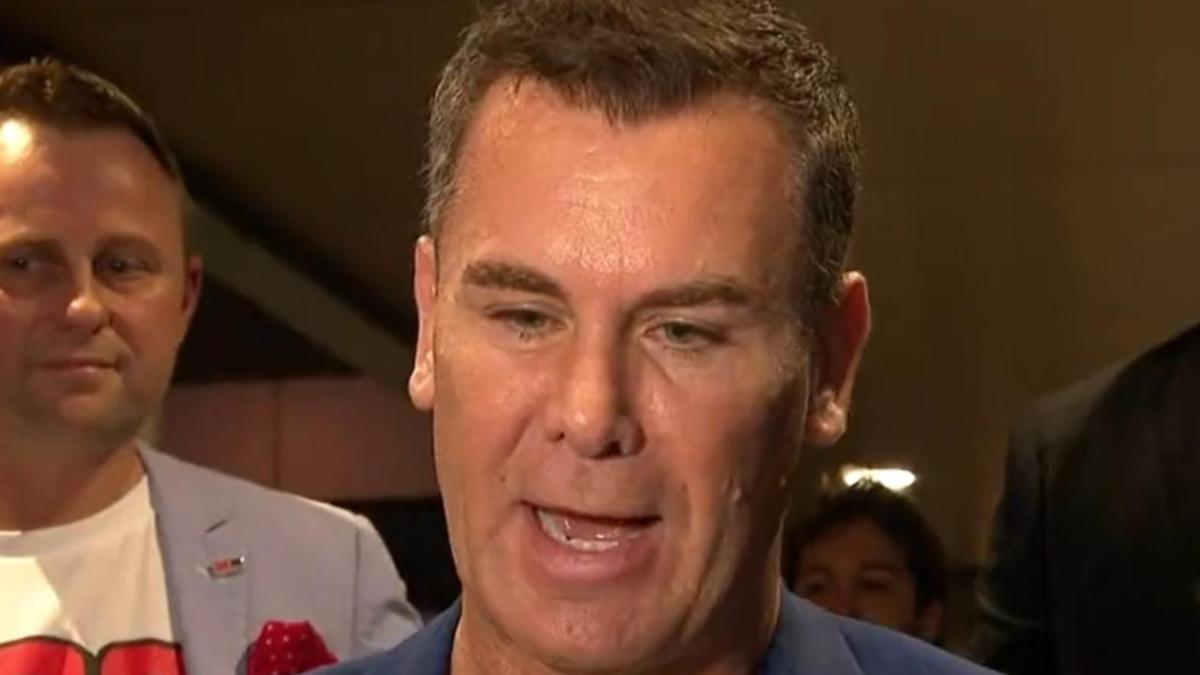 He was spotted performing at a sporting event on Thursday night at Yours or Mine bar in the state’s southwest region.

Barr shared the photo on social media with the caption: “Just a bunch of good guys talking silly! A wonderful night!”

Carey was kicked out of the Crown Casino in September after a ziplock bag containing a white substance fell out of his pocket onto a table in the gaming room.

He was in Perth at the time covering the Fremantle Dockers v Western Bulldogs match for Channel 7.

Carey was subsequently suspended from his media duties for Channel 7 and Triple M Footy.

Triple M has since severed ties with Carey, with Channel 7 not renewing his contract for the next year and Carey not being part of the AFL finals day coverage.

Police Commissioner Colonel Blanch said officers should have been called in at the time to deal with the matter.

Crown Resorts chief executive Ciaran Carruthers admitted it should have happened and said the casino’s policy on reporting to the police had since been changed.

Police announced this month that they would not be pressing any criminal charges against Carey over the incident.