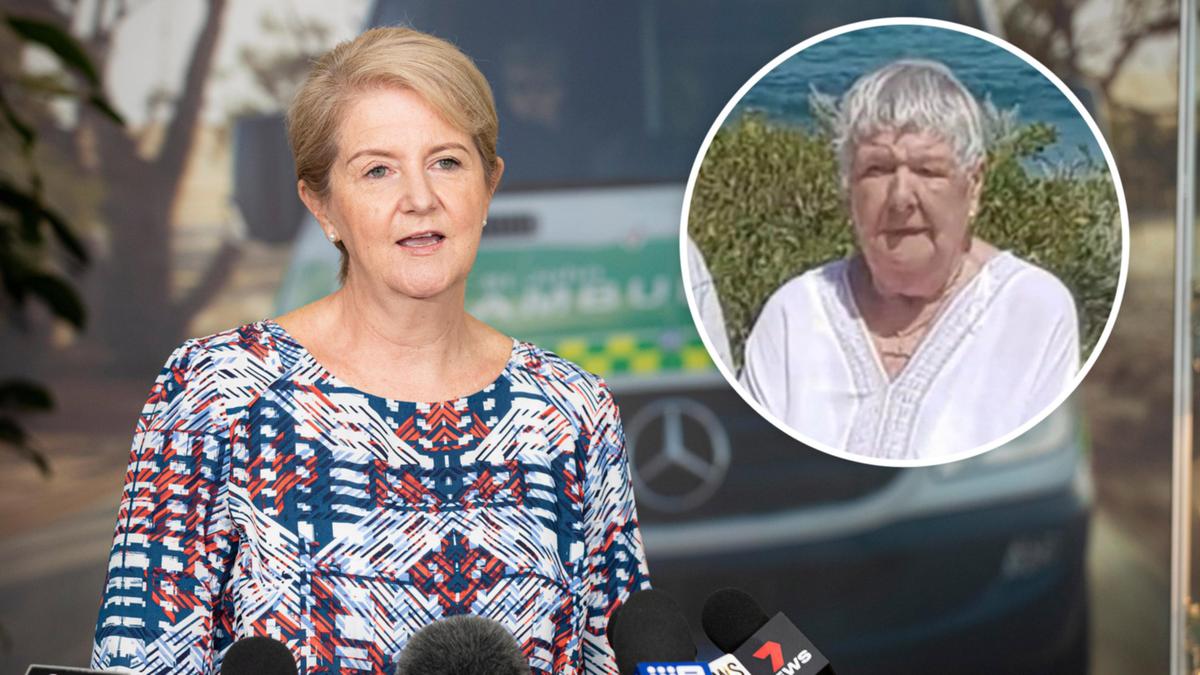 St. John WA has apologized after an 80-year-old grandmother died of a heart attack while waiting 2 and a half hours for an ambulance to her home.

The state government has ordered an urgent review of the latest tragedy that shook the state’s hit health care system, which began when Georgina Wilde scored a triple 0 for help, complaining of chest pain around 2.30am on Sunday.

The work was marked as a priority, meaning the ambulance had to arrive at Ms. Wilde’s home in Ashby within 15 minutes under lights and sirens.

But 30 minutes later, the St. John’s Call Center told Ms. Wilde that there were no ambulances. She received the same information when she called the welfare center half an hour later at 3.30 from the call center.

The next time St. John’s operator called, there was no answer.

When the ambulance finally appeared, 2.5 hours after the initial call, they found Ms. Wilde lifeless on the couch with the TV on.

On her answering machine was a message: “Hello, Georgina, this is Daniel from St. John’s Ambulance, who is calling to register.”

“It’s a sad case where we haven’t been able to meet the standard we set for ourselves,” a St. John spokesman said.

“It’s never nice to hear someone pass by. We express our deepest condolences to the family and will conduct a clinical review of the case. “

St John CEO Michelle Fife told Nine News: “Sometimes words are not enough … there are no words that can do it better … no words.”

I expect St. John to do everything in his power to provide timely and effective services to the people of Western Australia.

Health Minister Amber-Jade Sanderson said she was deeply concerned about the incident and expressed condolences to the patient’s family.

“St. John assured me that a full and proper investigation would be conducted, and I asked a representative of the Department of Health to be part of the review,” Ms. Sanderson said.

“It is absolutely important that if someone urgently needs an ambulance, it arrives on time. I expect St. John to do everything in his power to provide timely and effective services to the people of Western Australia.

“This includes stepping up critical policies towards employees to reduce the pressure to rest with staff, which I understand is now done.”

The tragedy is the latest in a series of incidents caused by a shortage of ambulances, rising demand and overcrowding in the emergency department.

Earlier this year, a 70-year-old woman suffering from back pain died at a Baselton hospital after being transported by St. John’s.

It is believed that on arrival she was collected “urgently” but was not treated 3 1/2 hours later when she quickly deteriorated and died of suspected heart attack.

Among the many unanswered questions in the case is whether the woman was still under the care of paramedics when she died, and whether these paramedics were qualified or volunteer. The Minister of Health organized an investigation of seven people to find out the essence of the tragedy.

This was followed by the death of a woman from a heart attack in Geraldton while she was waiting for an ambulance that arrived more than 30 minutes, despite the fact that the base was nearby.