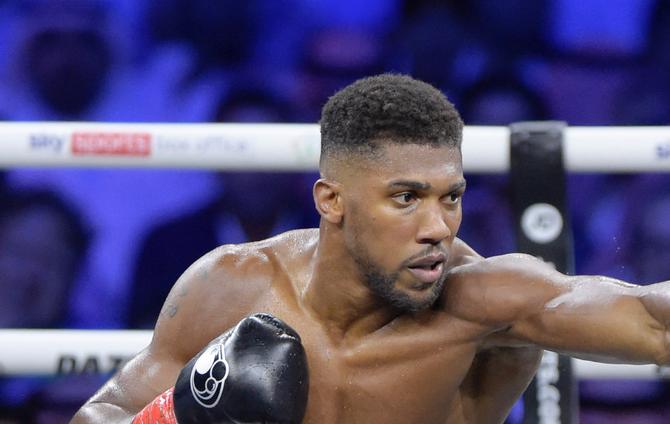 Discussions between Joshua and Fury over a Dec. 4 fight broke down earlier this month, with promoters on both sides publicly blaming each other for the deal being scuttled.

It was the second time a proposed Battle of Britain fight between the two had fallen through, with the two previously agreeing to face each other in Saudi Arabia last year before Fury was ordered to honor his rematch with Wilder.

While the second fight setback disappointed boxing fans, Hearn admitted he always thought it was the wrong move.

“I’m not sitting here today as someone who represents Anthony Joshua, devastated that the fight didn’t happen,” he told Talksport.

“He wanted to take it, so I was all in, but it was a very quick turnaround for him in a fight of this magnitude.”

While Fury will return to the ring in December when he faces Derek Chisora ​​in a three-way fight at Tottenham Hotspur Stadium, Joshua is unlikely to fight until the first quarter of 2023 and Hearn has named Whyte and Wilder as potential opponents next year.

“I think he will fight [in] January or February, early next year. I think the fight you’re going to see is Dillian Whyte vs. Anthony Joshua,” he added.

“Wilder is there [also] definitely a fight for 2023. He is scheduled to fight Andy Ruiz Jr. in the final eliminator for the WBC, which is a tremendous fight.

“I think AJ vs. Wilder could be the biggest fight in boxing. You only have to get up from the edge of your seat to watch this fight. It’s very dangerous and someone is going to sleep, but these are two fast, explosive, huge impact heavy machines.

“I think you’ll see Wilder or Fury against AJ next year, but I think you’ll definitely see Dillian Whyte fight if he can get through Jermaine Franklin.”

White is scheduled to meet Franklin in London on November 24.