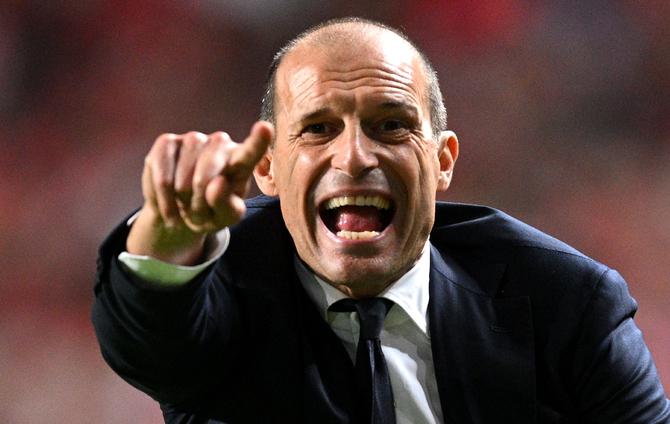 A 4-3 defeat by Benfica on Wednesday (AEDT) sent Juve crashing out of the UEFA Champions League, while they will exit the European competition entirely if Maccabi Haifa improve on their the last round of group stage matches.

The Biancaneri’s defeat in Lisbon was their third in five games in all competitions, with Allegri’s side dropping to eighth in Serie A and already 10 points behind leaders Napoli.

Juve’s first Champions League group stage exit since 2013-14 has increased the pressure on Allegri, but former Biancaneri striker Henry believes a change of manager will not change their situation.

“I wouldn’t go there. As you know, I’m on the other side of the line now, so it’s very difficult to call the supervisor,” he said.

“I think there are a lot of problems from top to bottom, not only down there and on the field, where things are not good.

“I said that when [Andrea] Pirlo is gone, I said it when [Maurizio] Sarri has left, he is a good coach.

“We don’t know what happens behind closed doors. Sometimes it takes time. It’s not that if you just bring in Allegri it will work.

“We’ve seen it with [Mikel] Arteta [at Arsenal]; it took him two years to get a decent team on the field and people were leaving.

“Are you going to stay with the man or not? Think well. They thought he was brought [Allegri] y, everything was supposed to change, but it hasn’t happened yet.”