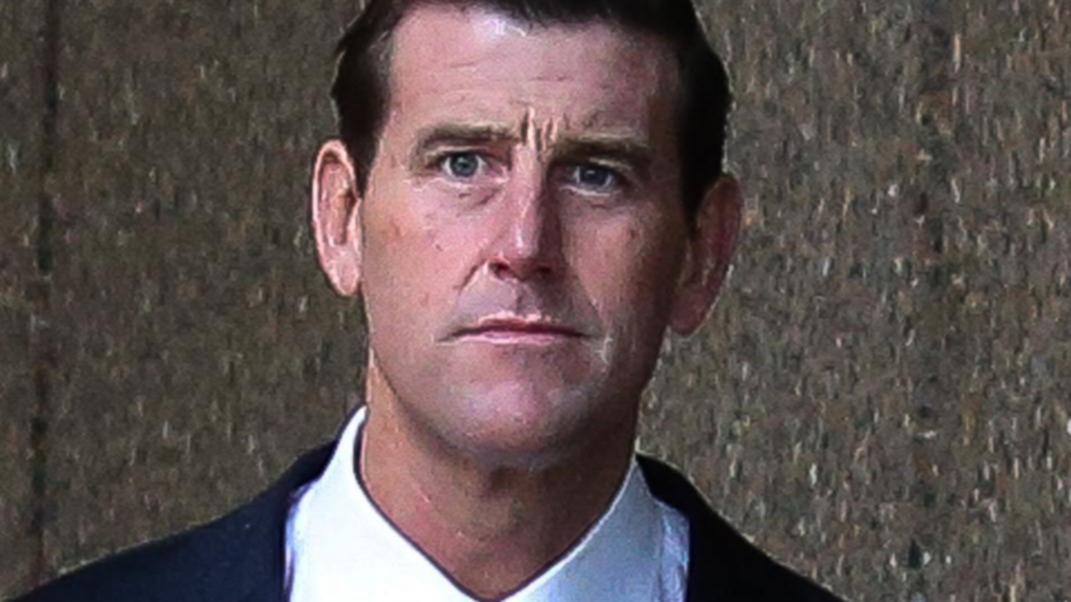 For all their weapons, bravery and terrible reputation, this week’s defamation trial of Ben Roberts-Smith uncovered dirty SAS underwear and claims that elite forces have turned against each other through rumors and gossip.

Mr Roberts-Smith is suing the Nine newspaper over a series of articles in which they claim he killed unarmed Afghans outside the legal rules of war.

Nine claims the articles are true, and Mr Roberts-Smith denies any allegations.

Several SAS soldiers spoke this month to testify for Nine about key missions between 2009 and 2012.

The first was the SAS attack on the Taliban complex, known as Whiskey 108, on Easter Sunday 2009.

Mr Roberts-Smith in his testimony last year told the Federal Court that he had shot dead a Taliban fighter armed with a rifle outside the complex.

The man had a leg prosthesis that was brought back to the SAS base, then to Australia, as a horrible drinking vessel, mascot and trophy for the troops.

Nine reporters in 2018 articles claimed that a disabled Afghan man was in fact pulled out of a tunnel dug inside the complex and was detained by the SAS.

They also claimed that Mr. Roberts-Smith punished the alleged insurgent with a machine gun fire after knocking him to the ground.

The recipient of the Victoria Cross denies the allegations and said no one was found in the tunnel.

But this week, Judge Anthony Besanka heard from several soldiers that rebels had been found in a tiny cave.

A SAS Soldier 40 man said he saw two men crawl out of a crevice – one with a fake leg – seeking “sympathy” from Australian troops.

The 40-man told the court that shortly after the mission he heard that Mr. Roberts-Smith had “pulled the trigger” and killed the man with a fake foot.

Some time after the raid, there was a discussion in the army about how “wrong” it was that an Afghan died.

The 40-year-old agreed that his suspicions about Mr. Roberts-Smith were based only on rumors circulating around the regiment – he himself had not seen anything.

SAS Soldier Man 14 claimed to have witnessed an Australian soldier throw a human-like object to the ground before firing, but it was too dark to identify the trigger.

He did not say anything about the court tunnel.

Another soldier, Man 43, said he helped pull one insurgent out of the tunnel before he was detained.

The 43 man himself was a senior SAS member, patrol commander during the Whiskey 108 raid and claims to have seen the tunnel open.

Man 43 identified a photo of the slain Afghan as the man he pulled out of the tunnel, but said there was only one person under Whiskey 108.

“It’s a ridiculous question. I did not tell rumors, I told facts, ”the 43rd man said on Friday.

The tunnel is crucial because Nine claims that a second insurgent was found there and executed by a “newcomer” SAS either by order of Mr. Roberts-Smith or without his objections.

An SAS soldier, Man 41, told the court that Mr Roberts-Smith had forced another Afghan to kneel and told the newcomer to “shoot him”.

Person 41 told the court that on February 2 he unscrewed the muffler of his rifle and handed it over to the 4th before leaving the room – then a shot rang out.

“(The Afghan) was shot once in the head, and the Afghan was dead on the ground, with a lot of blood coming out of the wound on his head,” said Man 41.

Memoirs of the 14th man shed a different light – he claimed that another commander boasted that he “hid a newcomer” after “Whiskey 108”.

No other SAS soldier has claimed in court that they saw the blood, and Mr Roberts-Smith completely denies the statement.

Mr. Roberts-Smith’s lawyers suggested that Man 4 helped kill another Taliban a few weeks ago, so he didn’t need to be “bled.”

Man 4 objected to answering questions about the Whiskey 108 raid because he was concerned about “self-blame”.

His lawyer told the court that the immunity certificates could not prevent prosecution in international courts.

Next, in 2010, Man 4 was crushed by Taliban machine gun fire along with Mr. Roberts Smith during the legendary Battle of Tyzak.

Subsequent moments made Mr. Roberts-Smith a national hero, but, as the court heard, led to evil deeds that split the elite regiment.

Mr Roberts-Smith told the court that his patrol was fighting machine guns, risking death, where he bypassed and killed the rebels.

A few months later, returning to Australia, he was awarded the LCD “for the most notable courage in acting in an emergency” for silencing machine guns in Tyzak.

Man 4 told the court that he was next to Mr. Roberts-Smith, and claimed to have actually killed one of the gunners.

The court heard that teammates believed the venture capital would go to Person 4, not Mr. Roberts-Smith.

One claimed the awards were “politicized”, another said the quote omitted the courageous actions of Man 4, but admitted he was not there to witness the shooting.

An SAS soldier, person 18, said there were “rumors” that Mr Roberts-Smith had thrown a grenade without first pulling out a pin, and rushed into a building next to machine guns with a weapon spell.

“Rumors are spread by haters, spread by fools and accepted by idiots,” the lawyer of the recipient of the IC, Arthur Moses SC, told the 18th man before the issue was withdrawn.

Man 18 told the court he had moved away from the toxic culture of the SAS, and it was like a “village wives club” torn by gossip about Tizak.

“You told the people in the unit that Mr. Roberts-Smith did not deserve the Victoria Cross,” Mr. Moses asked.

Later, 18 people will be charged with war crimes with an anonymous threat that he denies.

Nine attributed the published threats to Mr Roberts Smith in his lawsuit and report, claims which he also denies.

Letters for June 2018 warned Person 18 to withdraw his testimony as part of the ADF investigation, otherwise he would be charged with the murder of two prisoners in Tyzak.

A former high-ranking military man, Man 43, told the court on Friday that he doubted the quote and whether Mr Roberts-Smith deserved the medal.

Man 4 told the court that he was angry when he was not spotted in the VC and it took him another two years to win a medal for bravery for Tizak.

By the time Man 4 claims, he had witnessed Roberts Smith committing a war crime during the third mission in Darwan.

The court heard that Nine had offered Person 4 a “side deal” that he would not need to testify about the alleged “bleeding” on Whiskey 108 when he would be talking about Darwan.

Another judge on Friday ruled the deal would not be a “fraud with justice” – despite arguments from Roberts-Smith’s legal team.

Man 4 told the court that he was standing in the city, on the edge of a dried-up river, looking at a ledge where a local shepherd had been detained.

He told the court he watched as Mr. Roberts-Smith kicked an Afghan named Ali Jan in the chest, and he went down a steep slope, smashing his teeth against a rock.

Man 4 claimed to have helped drag Mr. John across a dry river and was standing just a few feet away when another SAS soldier, Man 11, shot Mr. John in front of Mr. Roberts-Smith.

“Person 7 used you to tell the story of Darvan so he could beat up Mr. Roberts-Smith,” Mr. Moses suggested.

“I suspect it is,” Man 4 replied, later adding that he felt “manipulated.”

Man 4 believed that Mr. Roberts-Smith’s enemies had passed the accusations to the media.

Man 4 wept as he spoke of Darwan to the commander, and the leadership refused to act, one soldier told the court.

On Friday, 43 people said they met with critics of Mr. Roberts-Smith to discuss their doubts about the Victoria Cross.

The patrol commander of Mr. Roberts Smith of Tizak and Whiskey 108 was not invited, as was a close friend of the IR recipient in the regiment, as the court heard.

“This was to be discussed by Mr. Roberts-Smith, and they were not on the sidelines due to the lack of a better deadline,” Man 43 told the court on Friday.

The 43rd man then told the court that he should not have said that the SAS had “parties” and that they were just people with “similar opinions” about Tizak.

“What kind of opinion did you have?” Asked Mr. Moses.

“The fact that the verdict was carried out in secret, without the participation of other servicemen, and only in the presence of witnesses in one patrol,” – said the 43rd man.

“The true wording of the award was what we thought was wrong.”

Mr Roberts-Smith told the court that the IR had set itself a target for jealous teammates.

I will keep the Victoria Cross until the day of my death for what we have achieved because you cannot go into battle alone. You have to do it together, ”he said as evidence last year.