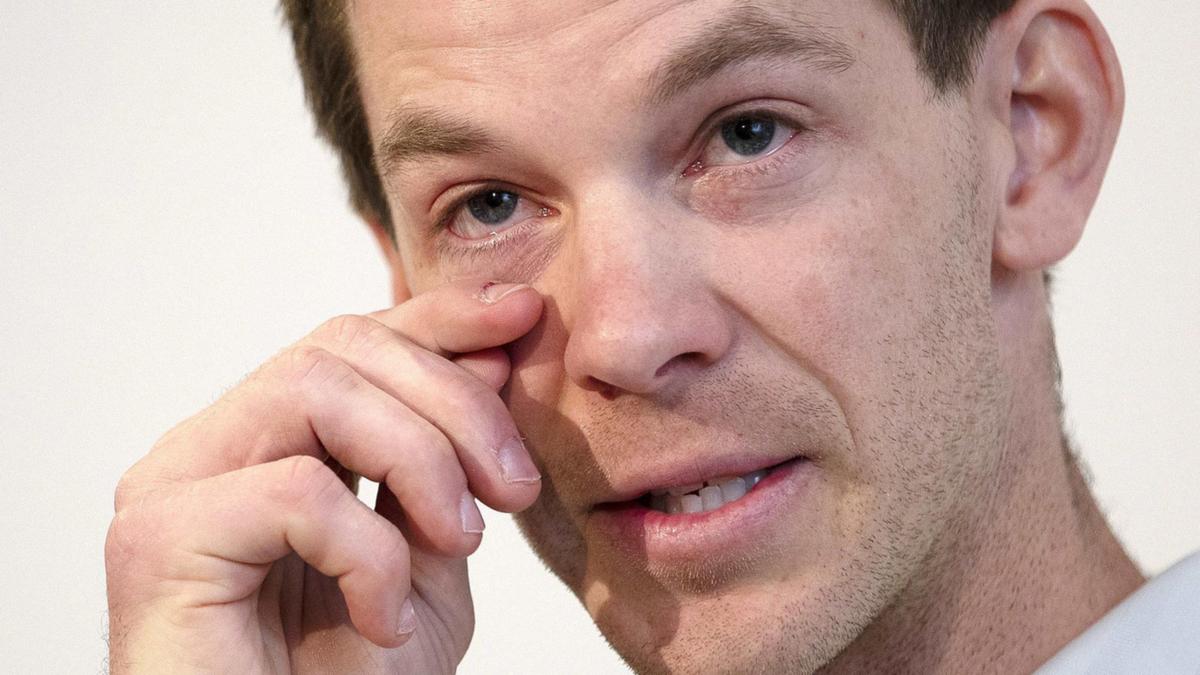 Tim Paine has complained about Cricket Australia’s handling of its sexting scandal, saying that “ideally” he would have stayed on as Test captain.

The 37-year-old hastily left his high-profile role less than 12 months ago after indecent correspondence he had with a Cricket Tasmania employee became public knowledge in 2017.

In his new book The Price Paid, Paine said he was left with no option but to resign after Cricket Australia brought in a corporate communications consultant to urge him to do so.

Asked how he thought Cricket Australia should have handled the situation, Paine told Sunrise: “Ideally I wouldn’t have resigned.”

He said his management and Cricket Australia had formulated plans back in 2018 that initially called for the governing body to stand by him if the story became public.

“At that point we had known about it for three or four years and we had plans with Cricket Australia as to how it would be handled if and when it came out.

“Unfortunately it was turned on its head 12 months ago when it went public and that was disappointing.

“I think we had a plan that would have handled the situation differently and it could have played out differently.”

In his book, Paine claimed during the phone call that it became “obvious” that Cricket Australia wanted him to resign, but they “didn’t have the guts to say it themselves” so they used a corporate communications consultant.

“I found it very strange that this man (consultant), someone I had never met and who did not work for Cricket Australia, took the lead in the conversation and Nick (Hockley), the chief executive, took a back seat. “, he wrote.

“Then the consultant said the best way to get ahead of the story was if I gave up the captaincy.

“I was stunned by it, so was James (Henderson Payne’s manager). Who was this guy? What did he know about the circumstances? This was the first time anyone had mentioned my resignation as captain. I couldn’t do that.”

When asked on Sunrise if he blamed his resignation on the corporate communications consultant, Payne said he didn’t but still found the situation “a bit strange”.

“I just think that in the book I’m telling my story and how I saw it.”

Paine was later asked if he thought he should remain captain even after sending the obvious messages, but he simply replied that the “reality” was: “I’m not the captain.”

“I think Pat Cummins has done a great job as captain,” he said.

“I look forward to the rest of my life. I went on and made mistakes and had to clear it up in a public forum. I paid the price for it.”

Payne said he took “full responsibility” for his actions, but said he “didn’t like” the way the scandal was handled.

“There was a thorough case of integrity that set me free,” he said.

“I have always said that I did absolutely wrong with my family and my wife.

“But it was consensual between two adults, I’m not happy with the way it was handled.

“But at the same time, I take full responsibility for what I did and put myself in that situation.”

The woman at the center of the scandal has sued Cricket Tasmania alleging sexual harassment by four staff members, including Payne.

This case is pending in federal court.

An investigation by Cricket Australia in 2018 cleared Paine of “any breach of the code of conduct”.