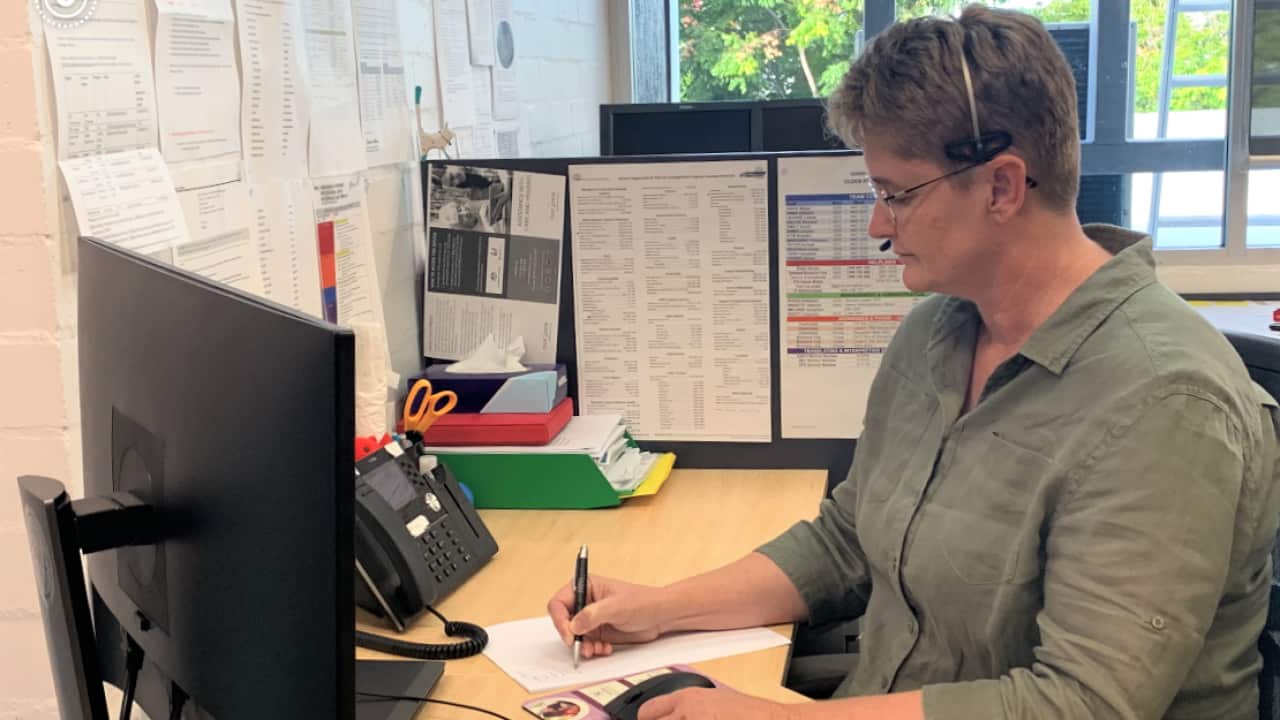 Eileen * 70 years. She recently sought help after experiencing a violent incident – at the hands of her own daughter.
Police were called after a quarrel in which the alleged verbal insult also included a threat to kill.
Eileen says she has been emotionally and financially abused by her daughter, who monitors her phone use and prevents her from having social contacts.
The situation is complicated by the fact that her daughter is also her main guardian, and Eileen, a migrant to Australia, requires an interpreter to communicate when seeking help.

During her eight years in the UnitingCare Department for the Prevention of Elderly Illness in Brisbane, Dean Laurie has heard many heartfelt stories such as Eileen.

“We often hear from an elderly person who is beaten by an adult child or threatened with money,” she said.

“Most of our calls are that an adult child is mistreating his parents. So it’s usually abuse in a family situation. ”
The UnitingCare division in the Brisbane suburb of Charmside typically takes about 3,400 calls each year, but this year alone has seen a 30 percent increase.
“I get 10 to 15 calls a day on the hotline,” Ms. Laurie says.

“Ill-treatment of the elderly has certainly been a hidden problem, but I think it’s coming out of the tree now.”

The Queensland Department for the Prevention of Elderly Treatment provides free assistance to anyone who has suffered or witnessed the abuse of an elderly person. He may also refer cases to the appropriate department.
It is part of a national network of support services that includes a national hotline number 1800 STATIONSHelp or 1800 353 374.
And nationwide published in December 2021, found that abuses are more common than previously thought.
A national study on the prevalence of elder abuse found that 15 per cent of older Australians, or about 630,000 people, had been abused in the previous year. Most reported psychological abuse, followed by neglect and financial abuse.

“Criminals are those who are in a close or intimate relationship with an elderly person,” said Luke Lindsay, general manager of the Department for the Prevention of Elder Abuse in Queensland’s UnitingCare.

Luke Lindsay is the Director General of the Department for the Prevention of Elder Abuse Credit: SBS News / Matt Guest

“It can be sons, daughters or grandchildren, but also distant families.

“In most cases, these are the people on whom the elderly depend in care and support, in transport, in medical needs.”
For many elderly Australians, abuse was exacerbated during the pandemic.

“Adult children who may have lost their jobs or disappeared have returned to their mother or father. And indeed, the dynamics in this family relationship has collapsed, “- says Ms. Laurie.

According to Ms. Laurie, the key is to end the stigma surrounding violence because many older people are afraid to report violence from close family members.

“There is a very embarrassing way to make this call, so it can often take quite some time to make contact.”

Some older Australians have difficulty searching for services online, and those who speak English as a second language may face other obstacles.

“When an elderly person calls us directly, we quickly get a telephone translation service to connect us to a tripartite conversation,” Mr Lindsey says.
“We want this experience to be positive in the first place.”
Resources in languages ​​other than English are also available online
Age Discrimination Commissioner Dr Kay Patterson says support is needed in Australia’s multicultural communities where abuse can remain hidden.
“We have materials in 19 languages ​​other than English to make sure that people who don’t speak English were getting the help they needed and they could get it quickly.”

Dr Patterson says abuse can cover a wide range – but at its core – abuse of an elderly Australian.

Commissioner for Age Discrimination Dr. Kay Patterson Credit: A human rights commission has been set up

“It can be psychological violence or take other forms, but sometimes abuse can go as far as murder,” Dr. Patterson says.

Jenny Blakey is co-chair of Elder Abuse Action Australia, a national body dedicated to protecting the rights of older Australians, and is concerned that the abuse of older people remains unresolved.
“Two-thirds of older people don’t seek help, and that’s a really big concern,” she says.
“We really need to see why this is happening to decide what we can do about it.”

There are 4.2 million Australians over the age of 65, and that number is expected to rise to 9 million in the next quarter of a century, meaning more older people are potentially at risk.

“This is a terrible disaster in Australia and we need to monitor older Australians and report violence,” says Dr Patheson.

Luke Lindsey of UnitingCare encourages anyone who sees signs of abuse, such as physical damage, unusual depression or a sudden lack of money, to seek help.
“Hotline calls on elder abuse remain anonymous and confidential, and there are no time limits for people who want to tell their story.
“Ill-treatment of the elderly is everyone’s business,” he said.
World Elder Abuse Awareness Day is celebrated on June 15.
* The name has been changed to protect the person.
For help and support in case of abuse of the elderly, contact the nat on 1800 ELDERHelp or 1800 353 374. In an emergency call triple zero (000).
Would you like to share your story with SBS News? Email