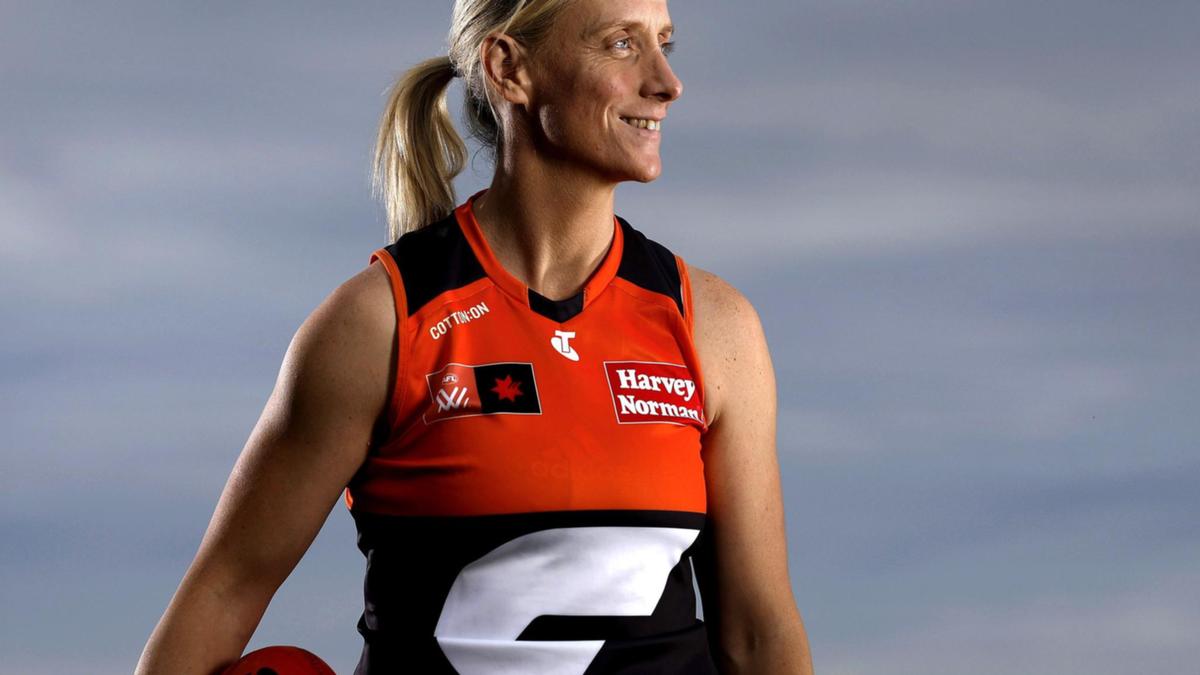 The Giants won’t be playing in the finals this year, but they still have plenty to play for as club legend Cora Staunton is set to become the second GWS player to reach the 50-game milestone in the AFLW in what could be her farewell match.

Staunton has come a long way since her flight in 2017 when she thought she was heading to Sydney for a few games before returning to Ireland to resume the career of one of Gaelic’s all-time greats.

Fast-forward a few years and she became one of only a handful of players to kick 50 goals in the AFLW, and Staunton will head into Sunday’s match against the Suns as her side’s leading kicker this season with seven majors.

“When I first came here, did I think I would play five or ten games? Probably not, she said, clearly uncomfortable with all the attention she’s been getting this week.

“I thought I would be here for one season. And even when I got on the plane to Australia for my first season here, I thought it was one year and that I would only have a short time.

“I surprised myself that I lasted this long because it’s a very physical game and it’s different to Gaelic football.

“When I came in in 2017 I was one of the best players in Gaelic football but then you get into the AFL and now you are at the bottom of the ladder.

“I just wanted to challenge myself to get better and obviously the first season I came in I did well and I tried to do better next season.”

That she was able to achieve this milestone at the age of 40 is even more amazing considering that in 2019 she suffered a shocking broken leg that forced her to learn to walk again.

Staunton said she considered giving the game away at that point, but her competitiveness put an end to that chatter pretty quickly.

She has been a shining light for a young GWS side who have won just three matches this season and she wants them to reach their potential in the coming years as they chase the finals spot that has eluded them since 2020.

However, the 40-year-old is still undecided on her future game and a decision will be made in the coming months in Ireland as she gets some time out from the sport given that Gaelic football is not played during the European winter.

“I usually just evaluate at the end of the season and see where I’m at,” she said.

“I’ll probably have to go back home because we’re in a bit of a bubble here so it’s hard to make a decision.

“Luckily, the club has tried to let me make the decision every year. They let me go home and freshen up so I could see where I was. It will be the same in the next season.”

Whether she plays in 2023 or not, it won’t affect her legacy in the game, and coach Cam Bernasconi is paying tribute to her contributions on and off the field.

He spoke of her win-at-all-costs attitude and how her passion can inspire the club’s next generation of talent.

“There’s a reason she’s a quality player – and I think I said this to the group after she scored her 50th goal – it’s not a coincidence that she’s a good player,” he said.

“The work she does behind the scenes and the amount of extras she does (is second to none). She is the oldest player on our list, but she is the first to work on her craft.

“The way she can lead and set the standard for young players who are starting to see what it takes to be a good player is really impressive.”

Her influence on the club was on full display during Wednesday’s Zoom opportunity, when a young Georgia Garnett posed as a podcast host in a chat before revealing her true identity and telling Staunton how much she admired her.

“You’re one of the most humble, fearless people I’ve ever met,” Garnett said.

“It’s been an honor to play with you week in and week out and I love you. Congratulations.”